You Me At Six announce Victoria Warehouse gig 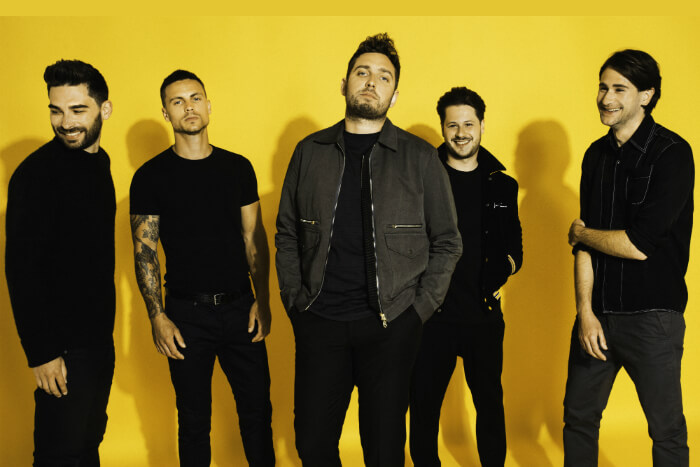 You Me At Six have announced a run of dates this November/December including a Manchester gig at Victoria Warehouse.

The tour is set to follow the release of the band’s latest album VI which is due out on 5 October.

Speaking of the tour, the band comment; “We’re looking forward to hitting the road this November. Our new record ‘VI’ will have been out for around a month, so we can’t wait to play new & and old music for our fans in some of our favourite venues in the UK!”

The announcement follows the release, earlier this week of You Me At Six’s double A-Side Fast Forward and 3AM, the first tracks taken from their upcoming sixth studio album.

The band have notched up a list of considerable achievements since forming in 2004 as teenagers in Weybridge, Surrey, including four UK Gold Records, four Top 10 albums in the UK including Number 1 album Cavalier Youth, three sold out arena shows, sold out UK headline arena tours, an unparalleled 15 consecutive A-List singles on BBC Radio One, multiple sold-out US headline tours and a Number 1 rock song in UK & Australia and Top 5 Rock Radio track in North America in Room To Breathe.

When do You Me At Six headline at Victoria Warehouse?

Support comes from Marmozets and The Xcerts.

When do tickets for You Me At Six at Manchester’s Victoria Warehouse go on sale?

Tickets for You Me At Six headlining at Victoria Warehouse, Manchester, go on sale at 9.30am on 15 June.

Image of You Me At Six courtesy Jordan Curtis Hughes