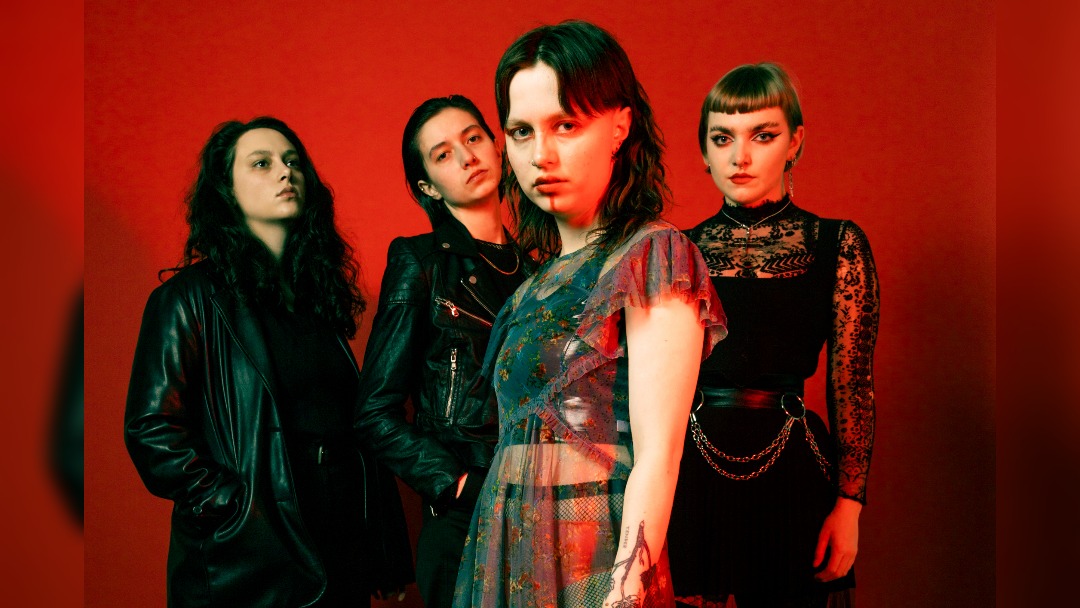 Manchester’s Witch Fever have shared new single In The Resurrect and confirmed new EP Reincarnate will be released in October.

The band has been continuously tipped since forming four years ago and last month signed to Sony’s Music For Nations.  Now they have shared news of the debut EP Reincarnate which will be released digitally on 15 October and physically via independent record stores on 12″ on 3 December.

Witch Fever have also shared new single In The Resurrect.  The single is a lyrical mash up written and recorded entirely online during lock-down featuring a slightly experimental sound.

Speaking about In The Resurrect the band’s Amy Walpole said, “We recorded our parts and Annabelle did a sick job of mixing it together to make the whole song. Had we written it together in the practice room like we usually do, it probably wouldn’t be the same song!”

“It doesn’t have a specific narrative in a traditional sense. But the overarching theme and inspiration of the song comes from rejecting beauty ideals, in particular of Western societal definitions of ‘feminine’ and ‘masculine’. For me it’s about owning my own femininity and being free to express that however it chooses to on any given day. It’s about being totally true to yourself and not allowing outside opinions to bend you at their will or stifle your expression.”

On the EP, singer Amy continued, “This is the first time we’ll be releasing something longer than a single so it’s very exciting for us! The EP doesn’t really have a singular meaning behind it, it’s a mix of what our favourite songs to date were! Some of them we wrote and finished during the lockdown and some are a few years old. The overall lyrical content is a cross between biblical and horror imagery as a way to explore empowerment, catharsis and anger. It’s about owning my sexuality, my body and channelling my anger through music. With every piece of music we write we want to break the boundaries of a typical ‘Witch Fever’ song and push ourselves as musicians to keep evolving and getting out of our comfort zones! The more brutal the better!”

Witch Fever will be supporting Bob Vylan at YES Manchester on 30 July 2021.  They have also been announced for next’ years Futurama Festival in Liverpool (16 April 2022).