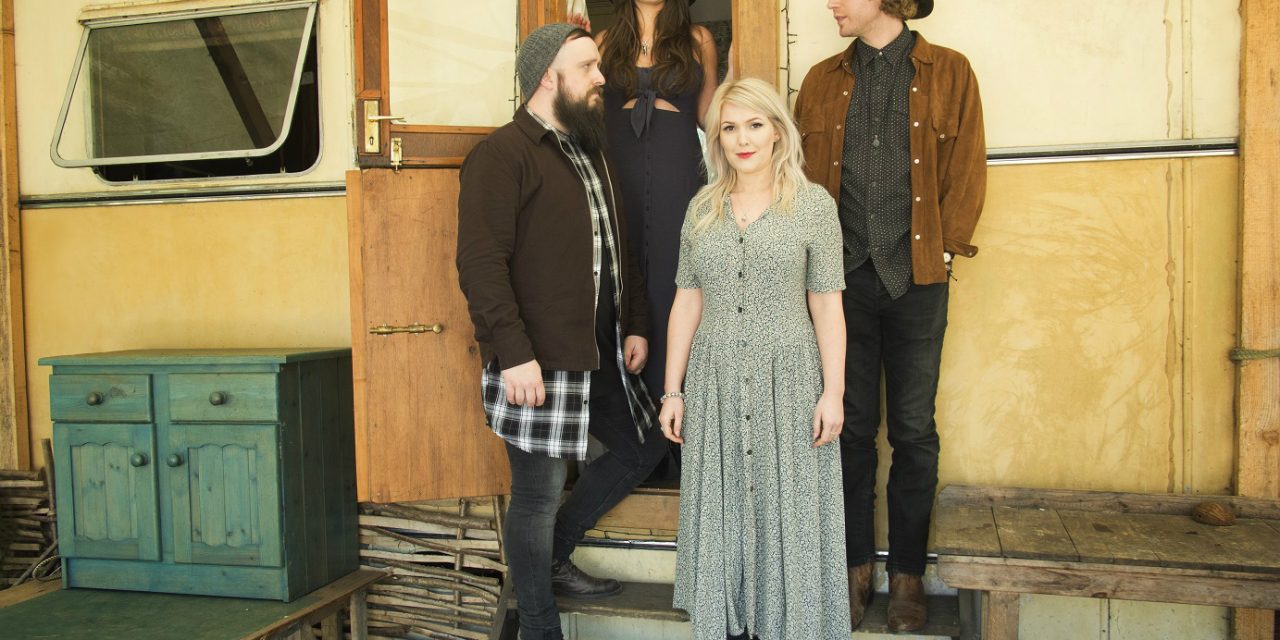 Award winning folk-americana group, The Wandering Hearts, release their debut album, Wild Silence, ahead of a Manchester gig at Gullivers.

One afternoon, sat  in an empty bar room of the Earl Haig Hall in Crouch End, drawn together by a passion for Americana and gin, The Wandering Hearts were born.

Discovered only 26 minutes after uploading their first ever demo to SoundCloud, recorded only the second time the band had met to rehearse together, they struck a deal with Decca Records shortly afterwards.

Since then, it has been a whirlwind for the folk-Americana group.  Having released their first EP Burning Bridges in November 2017 and with a string of high profile performances under their belt, The Wandering Hearts have kicked off the New Year as winners of the coveted Bob Harris Emerging Artist Award at The UK Americana Awards 2018 and will also release their debut album Wild Science on 9 February 2018

Demonstrating seamless vocal harmonies and with a sound reminiscent of First Aid Kit and Of Monsters and Men, Wild Science promises to be a thrilling debut album, showcasing the band’s knack for telling heartfelt stories through their lyrics.  Expect the album to strike the perfect balance of catchy, up-tempo numbers,and flawless harmony-led ballads, such as If I Fall and Laid In The Ground, for which the band have become renowned.  Also featured on the album, are the three previously released tracks that have been rapturously received during the band’s live shows this year – Wish I Could, Devil and Burning Bridges.

Band members AJ, Chess, Tim and Tara are all grafters – working hard to hone their skills as musicians and songwriters, and the standard is there to be seen. In-between recording dates, the band played their second sold out show in London at The Borderline and performed at summer festivals across the country, including British Summer Time Festival Hyde Park – sharing the bill with the late Tom Petty, Stevie Nicks and label-mates The Lumineers – a highlight of 2017 for the band. In the autumn, they joined the legendary Marty Stuart & His Fabulous Superlatives on their UK tour, during which, Marty personally invited them to join him on tour in Nashville in June 2018.

Speaking of the album, The Wandering Hearts commented, “The title track ‘Wild Silence’ is about an unspoken, unexplainable bond that draws people together. You don’t know why or how, all you know is that you can’t ignore or fight it. Everyone can relate to this feeling, and as a band we certainly can, so we felt it was a fitting title for the album as a whole. We met almost serendipitously two years ago and since then, we have built a deep, often unspoken connection and understanding of one another.

“We are so grateful for the support we have received in such a short amount of time together as a band. We have worked hard on this album and are so excited to be able to share it with people!”

To coincide with the release of their album, The Wandering Hearts are set to embark on their first UK headline tour in February and March 2018

Where and when do The Wandering Heart perform in Manchester?

The Wandering Hearts headline at Gullivers in Manchester’s Northern Quarter on 22 February 2018. The Manchester gig is one of 6 UK shows they have announced: