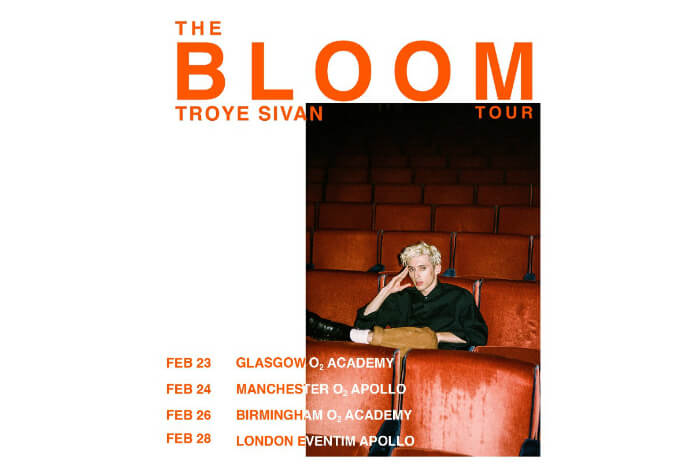 Troye Sivan has announced a new UK and European tour including a Manchester gig at the O2 Apollo following the release of his second studio album, Bloom.

The Bloom Tour will kick off in February in Glasgow, before a Manchester Apollo gig the next night.

With his lead single My My My! becoming Sivan’s second number-one single on the Billboard Dance Club Songs chart, the MTV Europe Music Award and Teen Choice Award winner is set to embark on his biggest U.K. & European tour to date.

When does Troye Sivan headline at Manchester’s o2 Apollo?

When do tickets for Troye Sivan’s UK tour go on sale?

Tickets for Troye Sivan’s UK tour including Manchester gig at the O2 Apollo go on sale at 9am on Friday 23 November 2018.  A fan pre-sale exists via his app.