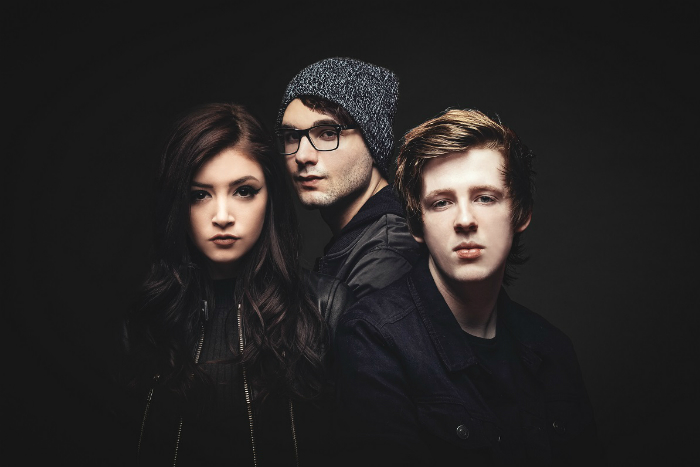 Against The Current
Sunday 2 October – Manchester Academy
New York based trio Against The Current return to Manchester following 2015’s phenomenal (not to mention hugely energetic) gig at Manchester Club Academy. The band has built up a massive following since forming in 2011 with the trio of Chrissy Costanza, Dan Gow and Will Ferri building support through self-released EPs and excellent YouTube covers. Against The Current released their debut album In Our Bones in May this year to great acclaim – it follows on from their EPs with rock experimenting with new synth sounds and techniques.

Nailed It!
Sunday 2 October – The Castle
The excellent monthly Nailed It! night returns to The Castle featuring Jon Kenzie, psychedelic one man band Marc Constantine and host Ben Williams. Manchester singer-songwriter Jon Kenzie has his roots based in blues, folk and soul and has self-released three acclaimed albums, recently producing his third From Wanderlust. Marc Constantine produces merges acoustic instruments and electronics with live sampling, beat boxing and hang drumming all featuring. Ben Williams has recently been recording his second album, the follow up to his outstanding debut Who Do You Think You Are which received BBC Radio 2 airplay.

Black Honey
Sunday 2 October – The Deaf Institute
One of the most exciting indie bands out there, Black Honey are a collision of girl-group, surf-pop and shoegaze. Hailing from Brighton, they have been picked up by Radio 1 with tremendous support from the likes of Annie Mac, Huw Stephens and Phil Taggart.

Feeder
Monday 3 October – The Ritz
Feeder return with their first live performances in four years, supporting their ninth studio album, All Bright Electric, which is due for release on 7 October. The band has had an impressive 25 Top 40 Hits over the 20 year career and are always guaranteed to get a crowd bouncing around.

Aurora
Tuesday 4 October – The Ritz
Norwegian singer Aurora performs at Manchester’s Ritz. She released her debut album All My Demons Greeting Me As A Friend via Decca earlier this year, demonstrating dark lyrics against catchy and unique music. It’s filled with buoyant hooks and haunting melodies. She hit the mainstream after she was chosen to record the 2015 John Lewis Christmas advert, covering Oasis’ Half The World Away, but All My Demons Greeting Me As A Friend shows that there is so much more to her than that.

Emeli Sande
Wednesday 5 October – Gorilla
To celebrate the release of forthcoming new album Long Live The Angels (out 11 November 2016), Brit Award winner Emeli Sande performs a series of intimate gigs including one at Manchester’s Gorilla. Emeli says, “I really wanted to reconnect with my fans on an intimate level, it’s been a really long time, so much has happened and these small shows felt like the perfect way to catch up.”

Dua Lipa
Friday 7 October – Gorilla
She’s arguably the coolest person in music at the moment and Dua Lipa comes to Manchester’s Gorilla on Friday. The London-born singer calls upon hip-hop, soul and pop to create her own sound which is so-far proving to be a winner, setting her on the way to becoming one of the biggest artists around.