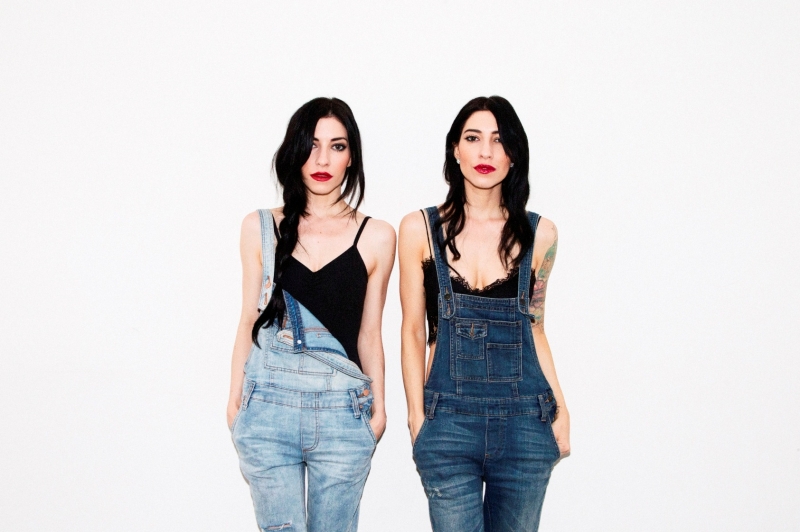 Twin sisters The Veronicas have announced their return to the UK this March in a tour which will see them performing at Manchester’s Academy 2 on 8th March.

The Australians, who topped the charts with their massive hit single Untouched, have had great success in their native land with the album, which has already been release there, with that and the single both going gold.

For Jessica and Lisa Origliasso, the album has been two years in the making and is their first long player since their double platinum release Hook Me Up in 2007. It’s an album which was written and recorded in Los Angeles, Nashville, New York and Sydney and saw them working with some of the most respected and admired producers, songwriters and artists around including Nellee Hooper, Toby Gad, Billy Corgan, Emeli Sande and David Musumeci.

Speaking of the album, Jessica commented, “The challenging and inspiring aspects of creating this record, have allowed us the life experience and the creative freedom, to pave a path of our very own.  It’s the greatest feeling knowing that once this album is heard, listeners will have experienced the missing pieces of Lisa and I from these past few years, to today. We are ready for our stories to be heard”. The album Is set to present a powerful and uncensored account of Jessica and Lisa’s journey over the past two years, a time spent largely on the road, touring.

Tickets for The Veronicas performing at Manchester Academy 2 on Sunday 8th March 2015 go on sale at 9am on Friday 23rd January priced £14 plus booking fee.