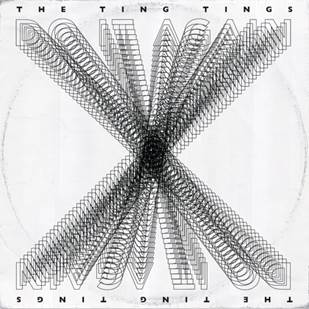 The Ting Tings have announced a series of UK tour dates which will see them performing at Manchester’s The Deaf Institute on 29 November. The tour marks The Ting Ting’s first full shows in three years.

It’s been quite a summer for the duo, Jules and Katie, who made their triumphant return to the scene, exciting pop lovers and critics on both sides of the Atlantic.  The summer also saw them opening and closing club nights in Ibiza, be announced as the headline act at the Oxjam launch party in London and record their latest album, Super Critical, which is due for release on 27th October.

Also set for release is the band’s next single, Do It Again, which is available to download and stream from 22nd September – a riff heavy number written in the early stages of the album’s development.  “It’s about the need to do something wrong again and not being lazy” commented Jules, with Katie adding “needing to lighten up, stop the paralysis of criticism, just doing anything that makes you feel good.”

Tickets for The Ting Tings at The Deaf Institute in Manchester go on sale on 23rd September (pre-sale from 22nd September) priced at £15 plus booking fee.