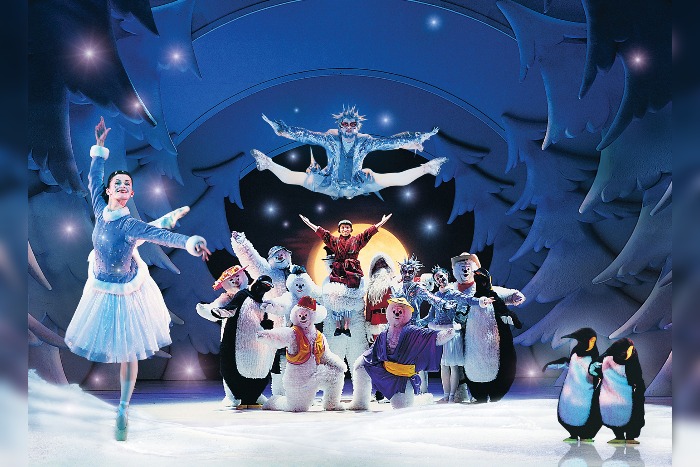 Festive favourite The Snowman returns to Manchester Opera House for a run of shows next week, whisking families off to a wintery wonderland.

Based on the much-loved film and book, the stage adaptation of Raymond Briggs’ work features dancing, magic and live music including the classic Walking in the Air.

The family favourite follows the story of a young boy’s adventures when his snowman comes to life on Christmas Eve. Featuring a dazzling array of colourful characters including dancing penguins, a beautiful snow princess, her wicked beau Jack Frost and of course, Father Christmas himself, The Snowman is the perfect Christmas treat for the family and a wonderful introduction to dance for the very young.

This production of The Snowman is presented by Birmingham Repertory Theatre and features choreography by Robert North, direction by Bill Alexander, design by Ruari Murchison, lighting by Tim Mitchell and timeless music and lyrics by Howard Blake.

The Snowman was created and illustrated by Raymond Briggs as a picture book, narrated entirely through hand-drawn illustrations and was first published in 1978.  Now one of the world’s most popular picture books, The Snowman has sold in excess of 5.5 million copies globally and has been translated into 21 languages.

When does The Snowman run at Manchester Opera House?