The Smith Street Band to Perform at Gorilla 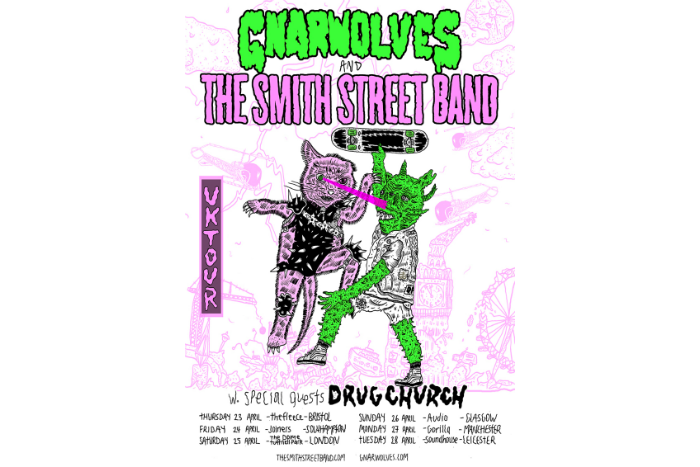 Australian group The Smith Street Band have announced a run of UK dates which will see them performing at Gorilla in Manchester in a co-headline gig alongside Gnarwolves, with support from Drug Church, on 27th April 2015.

The band released their third album Throw Me In The River in late 2014, making the top 20 album charts in their native Australia and entering the UK’s top 40 and off the back of this will be performing their biggest UK headline shows to date.  The band, who have previously sold out shows at The Black Heart in London and supported The Menzingers at the Electric Ballroom, are then sent to head off to Belgium for Groezrock Festival and Pirate Satellite Festival in Germany.

Co-headliners Granwolves released their eponymous album in September 2014.  It was an album which reached the number 4 spot in the Rock Album Chart and received a very warm reception from critics.  The three-piece punk band from Brighton have played just about every major festival over the last tour years, which they have effectively spent on a constant tour.