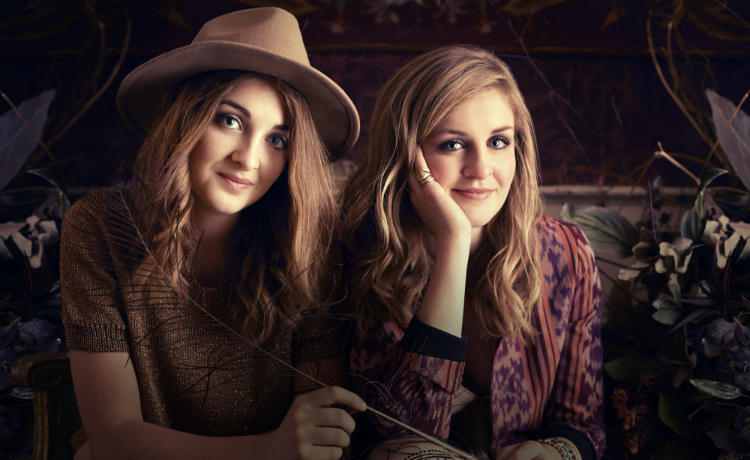 Off the back of excellent recent Manchester shows, UK grown country groups The Shires and Ward Thomas have announced that they are both returning to the city as part of their co-headlining ‘Home-Grown Tour’.  The bands are at the forefront of the homegrown country music scene and there is certainly a buzz about them.

Ward Thomas are 20 year old twin sisters Catherine and Lizzy Ward Thomas from Hampshire. The sisters were exposed to country music in their early teens by a Canadian cousin, who introduced them to the music of the likes of Carrie Underwood, Johnny Cash, Dixie Chicks and Alison Krauss and, as Catherine Ward Thomas puts it they “fell hard for Country”. Having been brought up on a rural livestock farm and with a family heritage which included artists and authors, they were probably about as close to a British Nashville as possible.  It wasn’t long before listening to Country music lead to writing and recording it and whilst they were in the sixth-form at school a demo for their track Footnotes reached two Nashville session musicians and ultimately to the recording of their debut album From Where We Stand, which has recently received its UK release.

Their performance at The Castle was an outstanding show, packed full of perfect harmonies, upbeat tales, feet tappers and addictive anthems which thrilled and enthralled the audience. 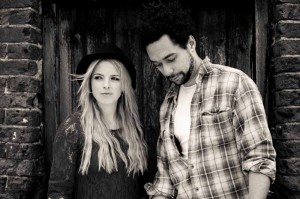 The Shires are duo Ben Earle and Crissie Rhodes from Hertfordshire and Bedfordshire – far removed from Tennessee.  They originally came together in May 2013 when, following years of effort and paying his dues (during which he toured with K.T. Tunstall), Earle posted a Facebook message seeking a country singer to work with. “I’d reached the point where I was literally broke” he says “and I put a thing on Facebook saying ‘There must be a country singer somewhere.’ But then a friend of a friend mentioned Crissie, she came round the next day, we recorded some songs and it’s been so easy since then.”  Since joining forces, they have landed a deal with Decca, performed at the second annual Country 2 Country Festival at London’s O2 Arena, appeared at a reception held jointly by BBC Radio 2 and the Country Music Association, and been whisked off to Nashville for writing sessions. The Shires, have grasped the serendipitous opportunity and are writing and performing high quality music.

Tickets to see The Shires and Ward Thomas at Band on the Wall on 13 November go on sale on Friday 8 August at 9am priced £11.