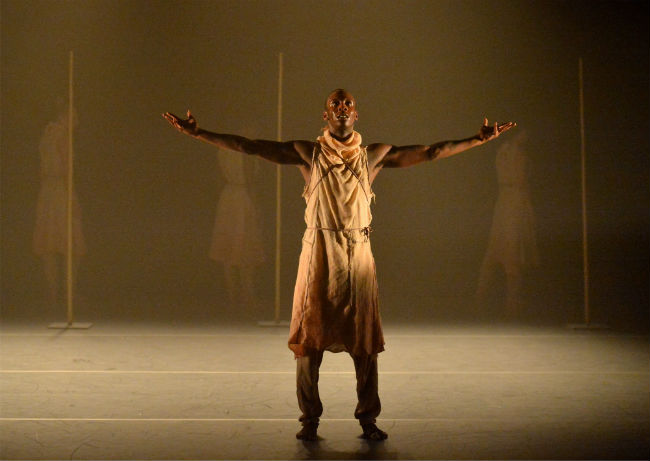 The Contact Theatre has just released the full listings for their Autumn 2014 season and tickets are now on sale for all events.

The coming season will feature major names, radical international work as well as a host of up and coming companies.

As well as Mark Bruce Company’s critically acclaimed production of Dracula, which won the prestigious South Bank Sky Arts Award for Dance and the return of Afrovibes festival, other events announced include No Guts, No Heart, No Glory by Common Wealth- a piece commissioned by Contact featuring young, female Muslim boxers and Hoke’s Bluff – Action Hero’s adrenaline-fueled take on sport.

Scottee, Paul Sinha, Bryony Kimmings and Kate Tempest also return along with many other local rising artists and companies.

Please see below for the full listings for this coming Autumn:

Fusing spoken word, physicality and music, Amsterdam is a 21st century play of love and lust. 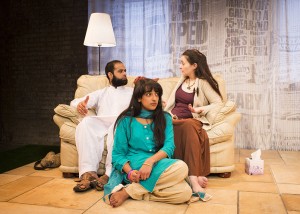 Tamasha presents
My Name is…

Tamasha’s moving new verbatim play about love, family and ever-shifting identities tells the story behind a story that fleetingly hit headlines in 2006 and continues to resonate throughout the UK and beyond. It charts the cross-cultural love story of a family divided by the complexities of culture and religion. 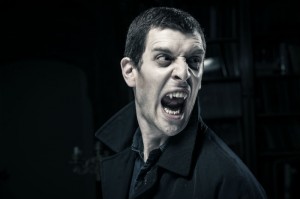 British poet Daljit Nagra performs a captivating one-man poetry show based on The Retold Ramayana, an updated version of the ancient tales that have enchanted Eastern audiences for thousands of years. 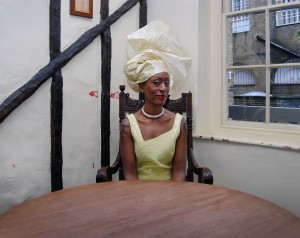 Presented by Young Identity in association with Contact, Commonword and Inna Voice

Young Identity: Battle of the Minds

Action Hero have got their game faces on. Hoke’s Bluff uses the cheap sentimentality of inspiring locker room speeches to find out what it really means to be a winner (on the inside). 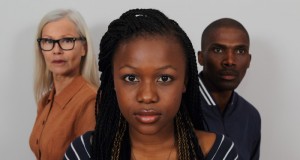 Mamela (Listen) shares moving, personal testimony from young women who were born towards the end of the Apartheid era: the “born-free” generation. A compelling and uplifting narrative for the 21st century.

Rainbow Scars is set in the world of white, middle-class Ellen Robinson and her family which includes Lindiwe, a black child they adopted aged three. A poignant and provocative exploration of identity, family and what makes us who we are.

Contemporary Dance, Afro-fusion, martial arts and the essence of flamenco and ballet are fused to deliver performances of outstanding energy. Choreography by Vincent Mantsoe and Gail Parmel.

Presented by arrangement with Lentswe Arts Projects. Written and performed by Phillip Dikotla.

This award-winning play brings to light the racially-motivated shooting spree that devastated a remote settlement in 2008, told through the eyes of a man who lost everything there. Compelling theatre.

Afrovibes music nights are famed for their energy and great sounds and this year will be no exception. The Soil are an award-winning, platinum-selling three member a cappella vocal group combining a stunning mix of musical styles including township jazz, hip hop, Afro-Pop and Afro-Soul. 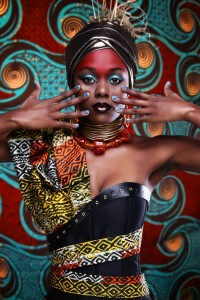 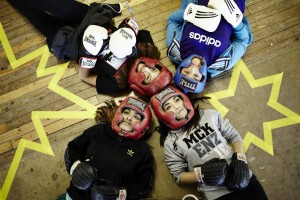 Common Wealth – No Guts, No Heart, No Glory

Common Wealth: No Guts, No Heart, No Glory

Tickets: £11/6. Suitable for over 14s. Off site at Moss Side Fire Station Boxing Gym.

A new, Contact-commissioned play staged in a boxing gym, from acclaimed immersive theatre company Common Wealth. Based on interviews with Muslim female boxers, exploring being young, fearless and doing the unexpected.

Shakespeare Schools Festival works with schools all over the UK, making it possible for them to stage Shakespeare productions in their local professional theatres. Come and celebrate the achievements of Greater Manchester schools with four different abridged Shakespeare plays each night.

Paul Sinha is a Stand-up Comedian

Paul Sinha is many, many things: quiz geek, doctor, Gemini, sports fanatic, and according to Jim Davidson, ‘an Indian poof’. But first and foremost, he is a stand-up comedian. A bloody great stand-up comedian.

Contact and The Lowry present A Farewell to Arms: New theatre performed at The Lowry, Salford Quays.

imitating the dog: A Farewell to Arms

By Ernest Hemingway. Adapted by imitating the dog.

Acclaimed theatre makers, imitating the dog present a stunning adaptation of one of the great love stories of the twentieth century. Against the backdrop of World War I, an American ambulance driver and a British nurse discover the redemptive power of love.

Co-produced by imitating the dog and The Dukes, Lancaster in association with Live at LICA and CAST, Doncaster. Supported by Arts Council England.

Monument: A workshop residency at Contact. Led by imitating the dog.

Taking inspiration from a box of mementos and memories, projection and digital specialists, imitating the dog invite early career artists to build a monument with them. Working with the company, you will create a screen-based work (showcased at both Contact and The Lowry) as a companion piece to A Farewell to Arms. 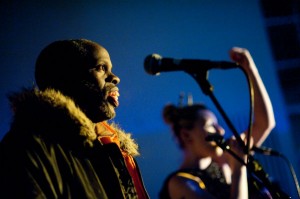 The Worst of Scottee

Most of us bury the worst of our past, but eight months ago Scottee hired a psychotherapist and a film-maker to dig up his regrets. The Worst of Scottee sees him encounter past flames, ex-friends, and people who no longer like him, in an attempt to find out where he went wrong.

Bryony Kimmings and her niece Taylor have made a family show based on the pop-star they created as a rounded female role model: Catherine Bennett. Expect pop songs, silly dances, real-life video and more in a show about believing in your power to change the world, no matter what your age.

This all-male performance revisits the landscapes and characters of Emily Brontë’s classic novel.

Debs Gatenby’s one woman show is a laugh-out-loud funny yet wistful look at how mental illness affected her. And her mum. ‘A two-for-one. An emotional meal-deal.’

Hit the Ode brings exciting poets to the heart of Manchester. For this edition we’re pleased to welcome three-time world champion spoken word artist, Buddy Wakefield as our international guest.

Imagine being 29 and forbidden to leave your country. Nassim Soleimanpour dissects the experience of a whole generation in a wild, utterly original play from Iran. Unable to travel, he turns his isolation to his advantage with a play that requires no director, no set and a different actor for every performance.

A two-day artist takeover — featuring installations, conversations, bingo, chips, karaoke and performance from some of the North West’s most exciting contemporary theatre makers. Line-up to be announced.

Accompanied by exhibition – The Future: Context

Mother’s glorious, raucous cabaret returns to Contact to kick off the Christmas season. An anarchic, alternative night of glamour, glitter and fun. Line-up to be announced

How do we label ourselves in this multi-cultural, multi-sexual, multi-grain world? #folksonomy will combine Spymonkey’s raucous comedy with Aqueous’ grotesque frivolity and the youthful exuberance of CYAC.

In addition to the exhibitions listed above which tie-in to live shows, Future Fires: The Negatives isexhibited at Contact from 29 September to 20 December. The exhibition is the result of Victoria Lowe’s Future Fires project reflecting the lives of a group from Emmaus who’ve experience homelessness.

In addition to the Afrovibes Fringe edition of RAW (Rhythm and Words) on 27 October, our regular open mic event for poets, vocalists and MCs runs on 29 September and 24 November at 8pm.

You may also be interested in:
Summer Holidays Workshops at Z-Arts
KNT Danceworks to Help a New Generation of Dancers on to Stage
In Review: Arun Ghosh Sextet at Manchester Jazz Festival