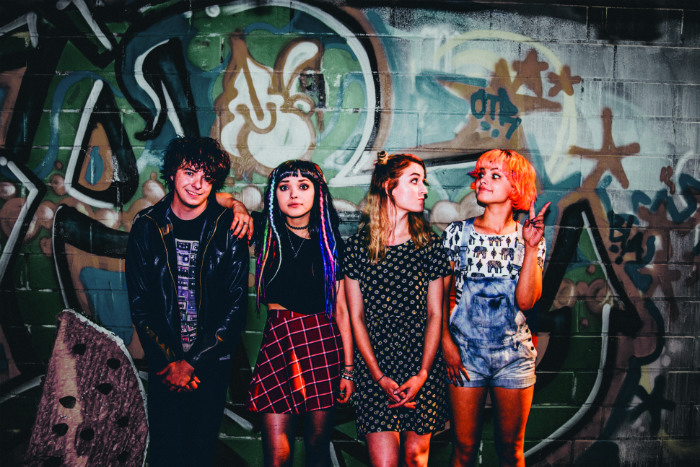 Inspired by everyone from Incubus to Avril Lavinge to No Doubt, Los Angeles-based teenage pop-rockers Hey Violet have completed their support slot opening for 5 Seconds of Summer and are now out on their debut headlining tour.  The band comprises bassist and frontwoman Rena Lovelis, her sister Nia on drums, Casey Moreta as lead guitarist and Miranda Miller on guitar and keys.  Tickets £10.50.

The Radio X Road Trip with Chris Moyles brings Noel Galler’s High Flying Birds, Johnny Marr, Neon Waltz and Pretty Vicious to the O2 Apollo.  There’s no doubting the quality of the line-up so this should be one exceptional evening. Tickets £34.85.

Flo Morrissey’s debut UK headline tour follows the release of her new single If You Can’t Love This All Goes Away, a new version of the song produced and mixed by Dan Grech.  The single received strong support and follows a busy summer of festivals including Glastonbury, Green Man and End Of The Road as well as a four of Japan and recent Spanish and French dates.  Tickets £7.00.

One of only two UK shows scheduled, Bloc Party perform at Manchester’s Albert Hall.  With new members Justin Harris (bass) and Louise Bartle (drums) on board with founding members Kele Okereke and Russell Lissack, Bloc Party have a reinvigorated sound and new album, their fifth, Hymns scheduled for release in January 2016.  Tickets £25.00.

Guy Garvey sets off on a solo tour for the first time following the release of his debut solo album Courting the Squall, which comes after such a long and successful career as a member of Elbow.  Playing two nights, Garvey is set to showcase the album which was recorded at Real World Studios near bath and completed at local Blueprint Studios in Salford featuring a band formed by Guy’s ‘favourite musicians outside Elbow’.  Tickets £30.

In Interview: Gabriella Cilmi
In Review: Foo Fighters at Emirates Old Trafford
In Review: The Saturdays at the O2 Apollo