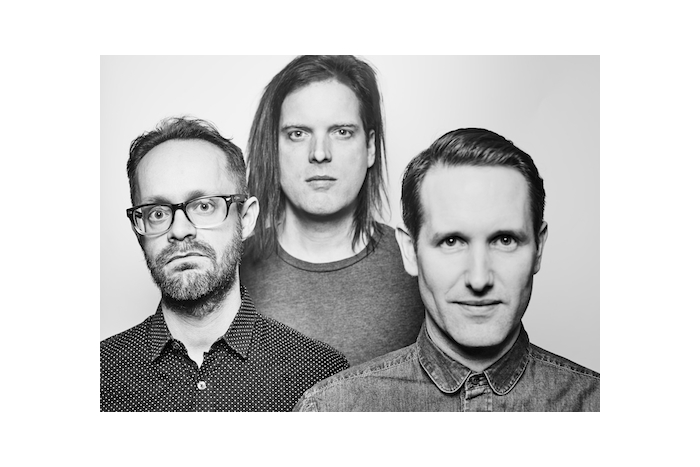 Manchester’s own The Slow Show get set to perform their minimalist, but anthemic songs at Gorilla.  Roaring choruses, strings, piano-led Americana all come in to play with a distinct northern sound also featuring the odd colliery brass band.  Championed by BBC Radio 6 and Radio 2, they’ve play around Europe and are arguably a bigger proposition on the continent that in their home-town, but look set to change that.  Support comes from Olympian.  Tickets £12.50.

Having just unveiled the latest track (Mind Is On My Mind) from her forthcoming album Welcome Back To Milk, Beth Jeans Houghton’s new incarnation, Du Blonde, appears at The Deaf Institute.  A new sound, new band and new attitude all come with the new name.  Welcome Back To Milk strips everything back and is one massive release of pent up aggression, captured perfectly by producer and Bad Seed Jim Sclavunos.  Heavy riffs, loud drums and vocal snarls contrast beautifully with poignant balladry and tenderness that fans of Houghton’s previous work will recognise.  Support comes from TVAM and Fruit Bomb.  Tickets £10.00.

British Sea Power perform their debut album The Decline of British Sea Power in its entirety, marking the 12th anniversary of the album’s release, before playing a second set.  They will also be joined by former member Eamon Hamilton.  Support comes from Bo Ningen.  Tickets £17.50.

Hyperactive live shows from a band which once performed in a mental asylum in rural France are the norm for The Burning Hell.  The alter-ego of songwriter and ukulele player Mathias Kom, The Burning Hell deliver lyrical ingenuity, it’s caustic, playful, mischievous and bittersweet.  Imagine a mix of Bill Callahan, Pavement and Randy Newman and you are part way there.  Tickets £7.00.

Back with a new album, Kablammo!, pop-rock power trio Ash (Tim Wheeler, Mark Hamilton and Rick McMurray) return to the stage and perform at Manchester’s Sound Control.  Speaking of the album, drummer McMurray commented “After a wait of 8 years, and a long string of singles, we’ve gone on to do what we said we would never do again: we’ve only gone and recorded a brand new album!  We set out to capture the live essence of Ash, the closest sonic predecessor would be 2004’s ‘Meltdown’, with the songwriting of the ‘Free All Angels’ singles. . We’ve stripped away the electronic overtones of the A-Z series and made a streamlined blazing guitar record.  On every song you can hear what makes this band tick, our beating (atomic) heart. It’s a visceral expression of what has driven us since 1992. Passion, melody and Ash.” Tickets £17.50.

The legendary Fleetwood Mac tour the UK with their new ‘On With The Show Tour’, a return to the UK following their record sell out tour of 2013.  The tour marks the return of Christine McVie following a 16 year absence and sees the full lineup joining together on stage.  Tickets £50 – £125.  Fleetwood Mac also play at the Manchester Arena on 1 July 2015.