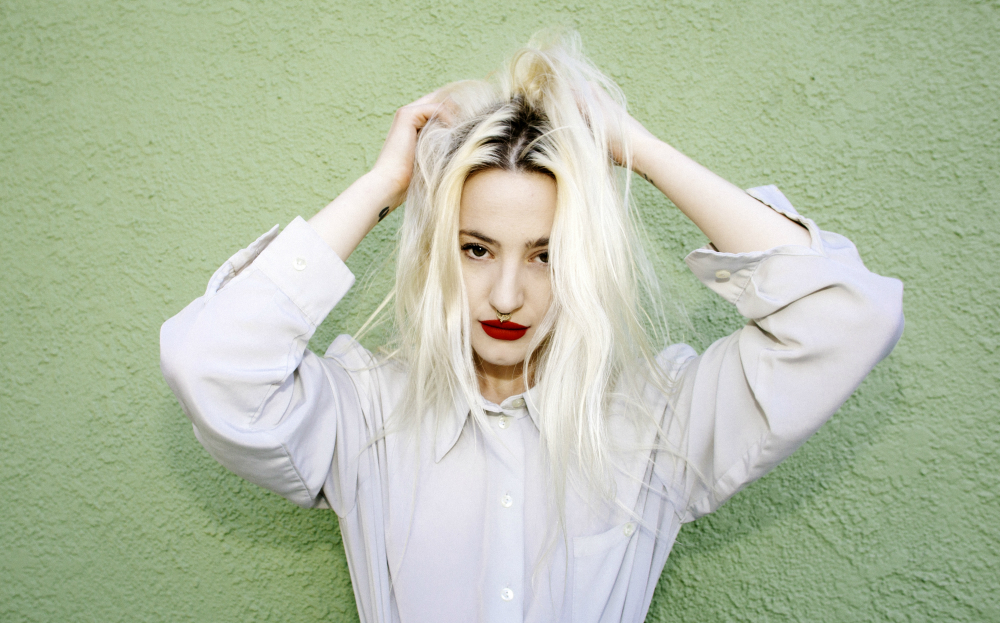 Back with a new name, Du Blonde, formerly known as Beth Jeans Houghton, is set to perform at The Deaf Institute on 9 June.

Along with the new name come a new sound, new band and new attitude.  The Newcastle-born, California based singer truly is starting over again, reinventing herself following a complete life overhaul and aborted album since her previous incarnation’s debut release Yours Truly, Cellophane Nose.

The seeds of Du Blonde were sown in the V&A of all places, whilst she was at the ‘David Bowie Is…’ exhibition a couple of years ago. “When I was a kid, my idea of being a musician came from all these big characters – Bowie, Bolan, Beefheart” she says. “I had this moment in front of all these chapters of his life: this is what I want to do and I haven’t done it for all of these years. All this stuff that was really important to me in the beginning, all of the creativity, emotional expulsion, I’d just lost all of that. It was such a sad moment, but also good – because you can’t change it unless you realise.”

New album Welcome Back To Milk (her debut as Du Blonde) moves away from her previous offering, with punk and rock ripping gloriously through it, marking a more sinister side of the artist.  Heavy riffs, loud drums and snarly vocals are found aplenty.  Yet, there is still room for poignant balladry and a tender moment here and there.

In keeping with the new approach, Du Blonde comments on the song Mind Is On My Mind, which features Samuel T Herring (Future Islands), “I wrote ‘Mind Is On My Mind’ on the back of a motorbike riding down the Pacific Coast Highway in LA and had to remember it all the way from Topanga to Malibu. I was interested at the time in writing songs with no repeating sections, but rather a succession of acts. A couple of months later, Sam and I took a trip out to the desert and came back to LA to make some music. I played him the track and he got in the booth and ad-libbed his lyrics over the instrumentation. He was done in like one or two takes. When I was back in London I’d become obsessed with these Middle Eastern and Greek guitar scales and I added the lead guitar in the outro as a contrast to Sam’s vocals.”

Welcome Back To Milk was released 18 May on vinyl, CD, download and cassette.

In Review: Joan As Police Woman at Gorilla
In Review: Marmozets and Lonely The Brave at The Deaf Institute
In Review: Fall Out Boy and The Pretty Reckless at The Manchester Arena