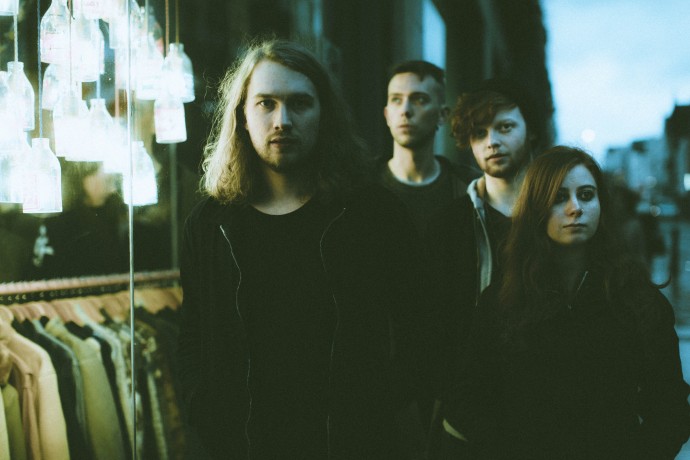 Josef Salvat performs following the the release of debut album Night Swim. You might have first heard of Josef from his unique cover Rihanna’s Diamonds – but since, he’s become a global sensation with single Open Season receiving 5 million views and a No.1 in France, with the Aussie’s soulful electronica compared to the likes of James Blake, Peter Gabriel and Lana Del Rey….  Tickets £9.50.

Sunday 6 March – Nailed It! – The Castle

An excellent bill, as always, for Nailed It! is headlined by Manchester troubadour Gideon Conn.  The bill also sees the incredibly talented Laura Esther perform ahead of the release of her debut EP as well as Lindsay Munroe and Sukhwinder Flor.  Tickets £4.

Liverpool quartet Clean Cut Kid (Mike Halls, Evelyn Halls, Saul Godman and Ross Higginson) bring their inventive and exhilarating art-pop to Manchester’s Sound Control.  Having performed in Manchester supporting Shura and Years and Years, they now return to headline in their own right.  2015 was a huge year for the band which saw they play the UK’s biggest festivals including headlining the BBC Introducing stage at Reading and Leeds.  Their debut album is set for the autumn. Tickets £7.

Wolf Alice (Ellie Rowsell, Joff Oddie, Theo Ellis, Joel Amey) last performed in Manchester at a sell out show at the Albert Hall.  They have continued to enjoy success with their Mercury Prize shortlisted debut album, the excellent My Love Is Cool.. Tickets £19.25.

On the back of Field Music’s latest release Commontime (their first since 2012’s Plumb), Sunderland siblings Peter and Davis Brewis return to the live arena, with a gig at Manchester’s Band on the Wall.  Written and recorded in spontaneous bursts over six months in their Wearside studio, Commontime is built around the brothers playing, writing and singing together again after four years of solo works, collaborations and soundtracks..  Support from Sara Lowes.  Tickets £13.50.

After a five year hiatus The Coral return with their eighth studio album, the recently released The Distance Inbetween. The new record was made in Liverpool, at Parr Street studio, and recorded live in mostly one take. The seams of each of the album’s 12-tracks are purposely rough-hewn and pave the way for a new visceral sound from a totally reenergised band.  Support comes from Rory Wenne.  Tickets £19.50.

Lake Komo performing a homecoming headline show at Manchester’s Soup Kitchen.  Relocating from Lancaster to Manchester last year, Lake Komo (Jay: vocals & guitar, Jess: keyboards, Pete: bass, and Maxwell: drums) have been steadily building a growing fanbase in the North West and as their shows have grown, so too has their sound. Their recent EP, ‘Ritual’ (out now on Columbia), showcases expansive and bold arrangements. Lush electronic soundscapes act as an impressive backdrop for their emotionally driven songs and soulful vocals.  Tickets £7.