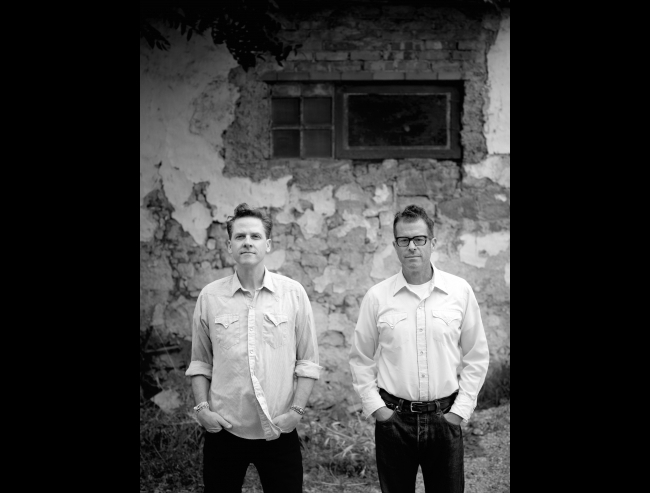 Both co-headliners The Smith Street Band and Gnarwolves released albums in later 2014, with Australia’s The Smith Street Band hitting their native top 20 in the album charts with third album Throw Me In The River, and landing a spot in the UK top 40.  The tour marks their biggest headline shows to date.  Gnarwolves eponymous album was released in September 2014, reaching the number 4 spot in the Rock Album Charts – they have built up a significant following during what seems like one constant tour dating back four years, in which teh Brighton three-piece punk band have performed just about every major festival.  Tickets £10.

Returning with their second album, Down on Deptford Broadway, Skinny Lister are back and touring.  The (now) sextet are festival regulars and have found great support for their folk-punk blend.  With a reputation for riotous, booze swigging live shows, they are certainly entertaining and they have a knack for the unusual too, having performed gigs in Land Rovers, toured in a narrow boat, door-knocked unexpecting members of the public and serenaded in hotel elevators and car parks – expect the unexpected (or don’t – they may well be what they expect!) Support comes from Sean McGowan and Arms & Hearts.  Tickets £10.

And So I Watch You From Afar – Gorilla – Wednesday 29 April:

With a heavy touring scheduled ahead of them, And So I Watch You From Afar play one of only four UK dates at Gorilla in Manchester, in support of their forthcoming album Heirs (out 4 May).  ASIWYFA have applied their usual rigorous work ethic to the album, which happens to be the most personal and meaningful, with the band commenting “Its central theme is about hte inheritance of ideas, in that we’re all heirs to other peoples’ passion which in turn inspires ourselves.”  Guitariest Rory Friers says of the Heirs “It seems like the songs soaked up all those feelings we had during the writing. Because making the album was such an intentionally intense and full time experience none of us where listening to much other music or even experiencing much else outside of it. So, it feels like a very pure representation of what happens when these four people decide to make music together. It was a very intense time and the record has been shaped by that.”    Support comes from Mylets.  Tickets £12.50.

Long standing rockers Wire bring their hugely impressive back catalogue to Manchester Academy 3.  Fluid and with an everchanging approach to rock music, they continue to experiment with the genre with impressive results, as most recently demonstrated in the new eponymous album.  They are joined by Manchester’s pop influenced all-girl rockers PinsTickets £15.00.

With influences ranging from latin to south-west US country music and 50s-60s jazz to 90s-00s rock, Calexico had already released an impressive eight studio albums as well as a series of live albums, before latest long-player Edge of the Sun.  Edge of the Sun continues Calexico’s musical expansion and sees the Tucson band garner yet more praise.  Support comes from The Barr Brothers.  Tickets £18.00.

The Danish punk quartet return to Manchester with three albums under their belt following the release of 2014’s Plowing Into The Field Of Love, which demonstrates a further development of the group’s song.  The latest material chanels the rage and emotion of their previous offerings, whilst tempering it with piano, mandolin, viola and organ.  Support comes from Helm.  Tickets £10.00.

In Interview: Baskery
In Review: Jaws at Manchester Academy
In Review: The Sugarhill Gang at Gorilla