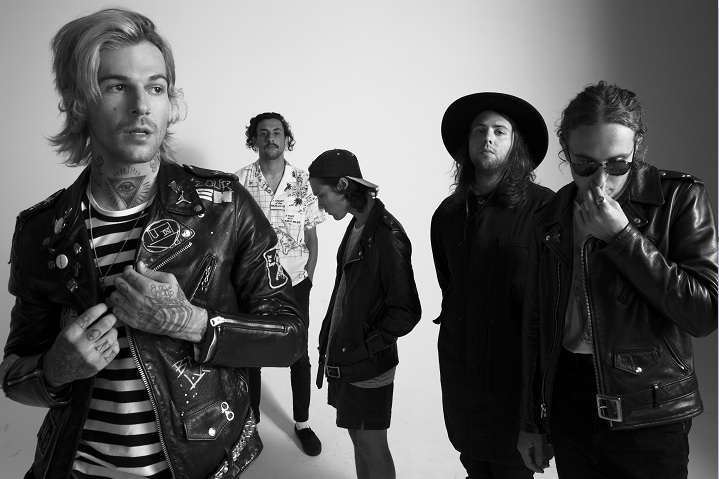 Sunday 20 March – Emmy The Great – Band on the Wall

Critically acclaimed folk singer Emmy the Great comes to Manchester’s Band on the Wall just a week after the release of her latest album Second Love.  Second Love follows on from where her debut, First Love, left off and finds the former Lightspeed Champion vocalist (alongside Florence Welch) continuing the warm of her debut but adding a more modern sound.  Support comes from Dems.  Tickets £14.

California natives The Neighbourhood are on a 19 date tour of the UK and Europe in support of their latest album Wiped Out, which was released at the end of 2015.  The follow up to their successful debut I Love You has been a hit with critics and fans alike and also saw the release of the single R.I.P 2 My Youth, with a video directed by Hype Williams.  Tickets £14.50.

Brooklyn hotly-tipped electro-pop trio Wet bring hypnotic drum pads and synths. Great things have been expected of them since the release of their very first self-titled EP. They’ve supported Chvrches on tour to huge acclaim and released their debut album Don’t You in 2015 and look set to continue their upwards trajectory.  Tickets £8.50.

London indie grunge outfit, The Duke Spirit, were an immense cult band who instantly impressed with their 2006 debut album Cuts Across The Land, a record full of attitude and brazen scuzzy guitars. They’ve continued to impress with two further records, the last of which Bruiser, was released in 2011. Now they’re hitting the road for a UK tour in support of a new album, Kin, which is set for a May release.  Tickets £12.50.

After the success of 2014’s Alium, Submotion Orchestra raise the bar yet again with their latest album, Colour Theory, which was released on 19 February and are now bringing their new material to Manchester’s Gorilla.  Renowned for their stunning live performances, for “smoky jazz, skittering live percussion and swooping synths” (Mojo), the band have this time taken a conscious decision to focus their energy and attention on to their production, shaping a record of immense poise and epic scope, where attention to detail and shape has resulted in a new dynamism and contemporary sheen. Support from Catching Flies.  Tickets £13.50.

Surf-pop’s finest, The Orilles, return to Manchester for a performance at Soup Kitchen. Previous shows at The Deaf Institute and The Castle have shown the band to be one to watch, leaving no doubts as to their ability and their knack for writing phenomenally catchy songs.  Support comes from Teen Creeps, The Showers and Move. Tickets £7.

Following a blistering and gig-heavy 2015, Anglo-Aussie surfers Sunset Sons continue in the same vein with 14 UK and Ireland dates in March and April.  The show comes just days before the release of their debut album Very Rarely Say Die and will give fans a hint of what is to come.  Support comes from Liverpool born singer songwriter Louis Berry, who is currently adding the finishing touches to his debut album. Regularly tipped as one to watch, and for good reason, Berry seems set to explode. Tickets £12.