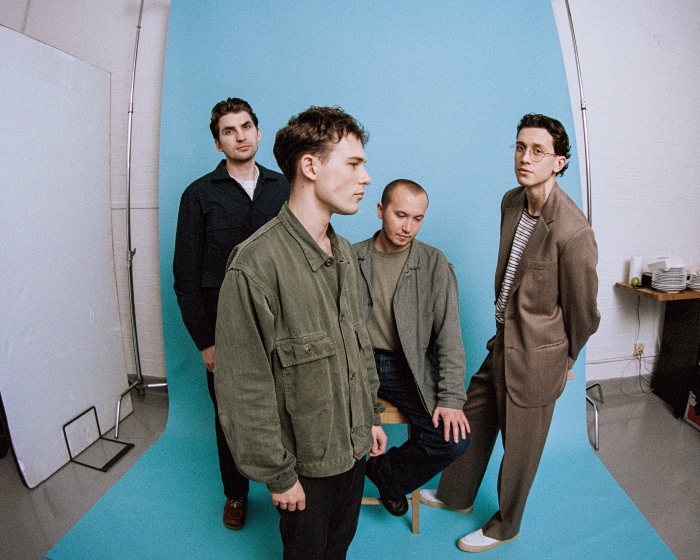 The Magic Gang have revealed their new single Think ahead of a run of UK shows with Blossoms including Manchester Arena.

The band released their self-titled debut album in 2018, earning strong praise for the quartet.

Now they are back with new single Think featuring soaring horns, echoes of Northern Soul and The Style Council, filled with energy.

Speaking about the track, guitarist and vocalist Kris Smith explains, “It’s a cautionary tale.  It’s about avoiding conflict and reminding yourself not to make things difficult at everyone’s expense.”

The track marks the first taste of The Magic Gang’s upcoming second album.  The album was recorded in Atlanta with Grammy-winning producer Ben H. Allen.

The single is accompanied by a video directed by Luke Harley.  It sees the band hanging out at the Moth Club where a dancer’s infectious energy inspires them to get their groove on too.

The Manchester gig at set to support Blossoms on their UK tour, culminating in a huge gig at Manchester Arena.  They will also return to the North West to perform at Neighbourhood Weekender in May.

When do The Magic Gang perform at Manchester Arena?

The Magic Gang support Blossoms at Manchester Arena on 28 March 2020.  The Magic Gang also perform on the Main Stage at Neighbourhood Weekender on Saturday 23 May.