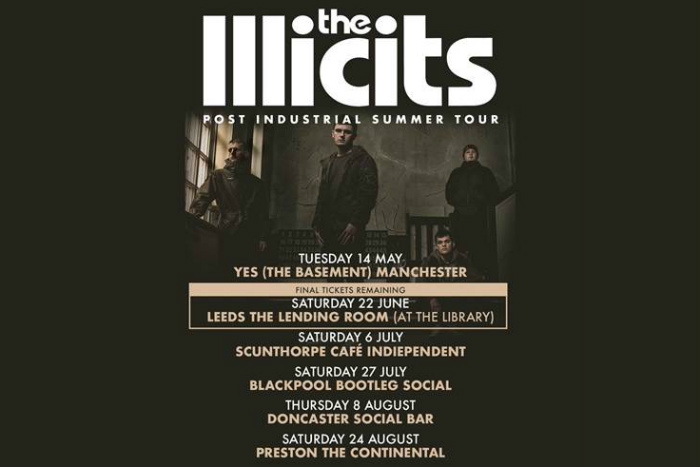 Blackburn band The Illicits have announced a run of UK tour dates opening at YES (The Basement) Manchester.

The Illicits are the third signing to Alan McGee’s Creation 23 Label.  The band formed in 2017 taking inspiration from Joy Division, The Stone Roses and The Jam and have been picking up widespread attention.

Their heavy rhythm guitar based sound has seen them appear on Soccer AM, sold-out a hometown show before releasing a single and appearing on the half time screen at every Blackburn Rovers home match.

The Illicits have now announced their first headline string of shows, The Post-Industrial Summer Tour on which they will performed around the country’s former industrial areas.

When do The Illicits headline at YES Manchester?