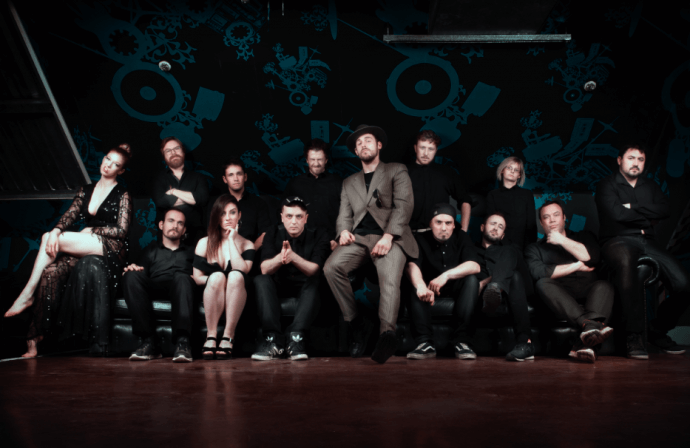 The 14-piece Dutty Moonshine Big Band have announced a seven date UK tour for Autumn, including a Manchester gig at Gorilla.

The jazz trained big band, fronted by Grim MCs, play everything from huge Garage bangers to intelligent jazz covers, fusing sounds and styles that are barely imaginable.  The band consists of multiple acts assimilated into one super band with live drums and a 7 piece brass section courtesy of Temple Funk Collective, vocals from Hypeman Sage and Maria Laveau, DJ and production from DJ Binge, guest appearances from Howla on guitar and production and Chessi on Harp. All of this mayhem fronted by the man Dutty Moonshine himself.

When do The Dutty Moonshine Big Band perform at Manchester’s Gorilla?