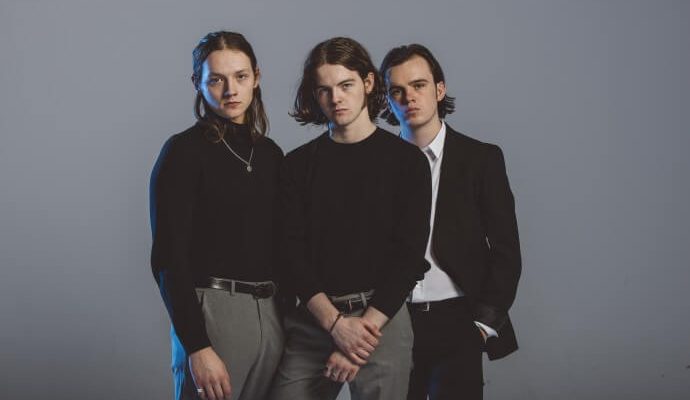 Fresh from Friday night’s gig at Gorilla, Manchester band The Blinders have announced a second headline tour for 2018.  The 22-date tour will open with a hometown show at Manchester Academy 2.

The trio (Thomas Haywood – guitar, vocals, word; Charlie McGough- bass; and Matthew Neale – drums, backing vocals) were originally inspired by Arctic Monkeys as they grew up in Doncaster.  Their debut album Columbia, however, draws on influences as diverse as The Smiths, Nick Cave and Kanye West, as the now-Manchester-based band develop their sound.  The band has been touring heavily performing their debut headline tour in February, before eppearing at the Cabbage all-dayer at the Ritz, Manchester, and Neighbourhood Weekender.  They are due to play at Kendall Calling with more festival slots expected to be announced shortly.

When do The Blinders headline at Manchester Academy 2?

When do tickets for The Blinders at Manchester Academy 2 go on sale?

Tickets for The Blinders headlining at Manchester Academy 2 go on sale on 14 June.  A fan pre-sale is available from 12 June at theblinders.tmstor.es/