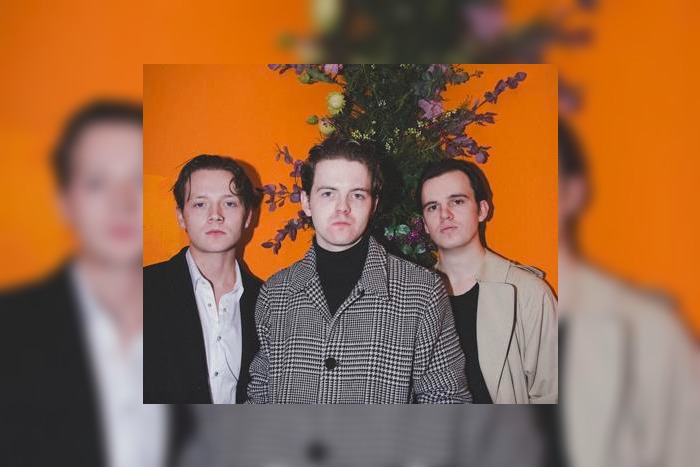 Manchester band The Blinders have shared their new single Mule Track ahead of the release of upcoming album Fantasies of a Stay at Home Psychopath.  The new album is due for release on 17 July.

The track got immediate support from Steve Lamacq on BBC 6Music and Spotify.

The Blinders have also revealed the video for the single, a dark and surreal representation of the track’s raw frenetic energy.  Speaking about Mule Track, the band explained, “Mule Track was initially inspired by the painting of the same name, exhibited in the Imperial War Museum, which depicts a Mule train making its way through a battlefield, as well as being influenced by the artwork ‘The Garden of Earthly Delights.’

“The idea being explored is really that hell or versions of hell/heaven clearly exist within the world. It’s rejecting the simplistic notion or stereotype that heaven is above, hell is below and we all operate in this middle layer with the aim being to get to the higher level. ‘The Mule Track’ – the artwork – can’t help but instil the notion that what is being depicted is some sort of hell on earth.”

Mule Track is the latest single to be taken from the upcoming album Fantasies of a Stay at Home Psychopath and follows previous releases Lunatic (With a Loaded Gun) and 40 Days And Forty Nights.

The band have also shared the second episode of their Fantasies Of A Stay At Home Psychopath series, Giant Steps, which takes a deeper look into their minds, day to day lives, and how they are remaining creative at the moment.

The follow-up to their critically acclaimed debut album, Columbia, released in 2018, Fantasies of A Stay At Home Psychopath explores existential despair, mental health and society’s ills in a time of planetary crisis, and is both a riposte to, and commentary on, the rise of populist ideology. The album was recorded at Manchester’s Eve Studios alongside producer Rob Ellis (PJ Harvey, Anna Calvi), and mixed by Adrian Bushby (Foo Fighters, Muse).