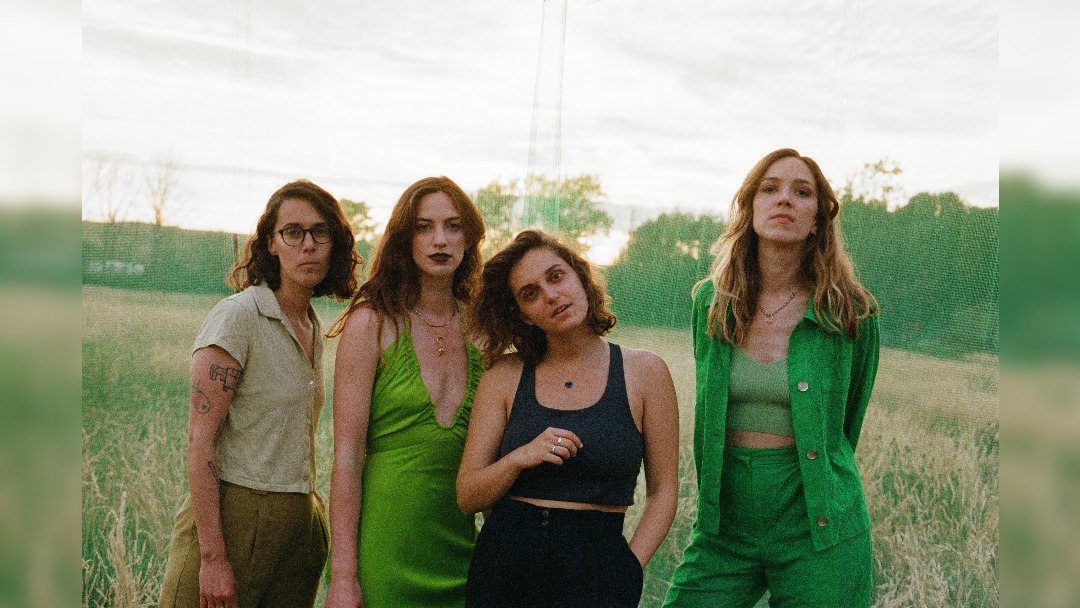 The Big Moon will release new album Here Is Everything on 14 October, preceding by a UK tour including Manchester Academy 2.

The gig in Manchester is one of eight dates they are playing in the run up to the release of their third album.

Here Is Everything marks the follow-up to 2020’s Walking Like We Do.  The first taste of the album landed in the form of the track Wide Eyes, a track which looks at togetherness, companionship, trust and love.

Speaking about Wide Eyes, Jules Jackson said, “I was desperate to write a really big, happy song. My soul was overflowing with the joy of something but I was too physically and mentally exhausted to actually string words together and define it and make music with it. In late 2021, I met Jessica Winter who came into my life like an angel and helped me turn those jumbled feelings into a song and I think it’s just a mad snapshot of a time when life just felt huge and holy and raw and incredible. I was nursing a five month old baby, I was barely sleeping, I was losing my hair, I was pumping and sweating and crying and lonely and only just about coping, but amongst all that, I felt a burning love and a new kind of happiness. I guess the world felt innocent again. For a while anyway.

“For me, this song feels so personal but when Soph, Celia and Fern stepped in, it turned into something bigger, and it feels like friendship and promise – we have loved every minute of being back together and doing what we do.

The album was largely self-produced by The Big Moon with the guidance of Cecil who has worked with the likes of Self Esteem and PJ Harvey and Grammy Award winning producer Ben Allen who produced Walking Like We Do.

Here Is Everything was conceived during the pandemic as worlds were turned inside down and lives changed, but also the backdrop to vocalist Juliette Jackson becoming a mother.  The album documents the arrival of the baby in real time, full of fear and excitement.