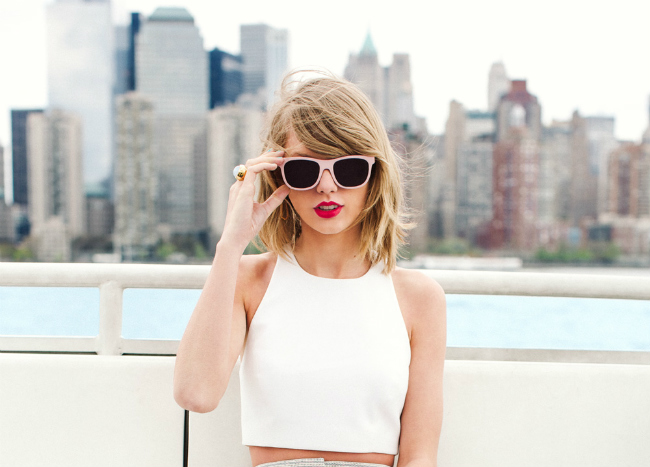 Global superstar Taylor Swift has announced a world tour which will see her performing in Manchester on 24th June 2015.

The seven-time Grammy winner has just seen her latest album 1989 enter the UK charts at the Number 1 spot and celebrated with the announcement that the 1989 World Tour will include dates in Europe, with three shows in the UK – Manchester, London and her first ever live event in Scotland.

The 1989 World Tour will see Taylor, undoubtedly one of the biggest artists on the planet right now and unquestionably one of the most talented, travel eight countries and four continents including America, Europe , Australia and Asia with more dates set to be announced.

The UK leg of the tour kicks off on 23rd June in Glasgow, before she makes her way the next night to the Manchester Arena, before headlining Barclaycard presents British Summer Time Hyde Park 2015 on 27th June in London.

The news will be welcome to Manchester fans who will see her return to the UK after her last world tour, The RED Tour, saw her perform five sold out London shows at The O2.

The Shake It Off singer, saw her fifth studio album 1989 top sales charts in 95 countries on its recent release and was the highest selling first week release of 2014 in the US, also debuting at no 1 in the UK, where it sold more than all the other albums in the top 5 combined.  1989 looks set to be even bigger than her massive 2012 album RED which spawned hits I Knew You Were Trouble, 22 and We Are Never Ever Getting Back Together.

Aged only 24, the chart topper has already released five albums, won seven Grammies (including being the youngest winner in the history of the awards to scoop the award for Album of the Year), hit 1 million plus first-week sales figures three times in the US and been named one of the 100 Most Influential People in the World by Time Magazine.  On top of this she has sold an incredible 30 million albums and 80 million song downloads, being one of the tope 5 selling digital music artists worldwide.

Expect this gig to sell out quickly!

Tickets for Taylor Swift at the Manchester Arena go on sale on Friday 7th November at 9.30am