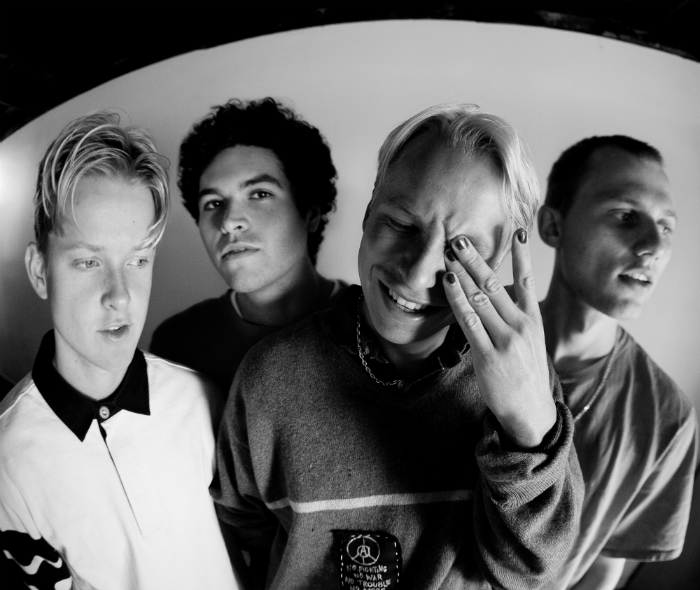 SWMRS have announced a UK tour will follow the release of their sophomore album Berkeley’s On Fire, including a Manchester gig at Manchester Academy.

The band are set to release Berkeley’s On Fire via Fueled by Ramen on 15 February, a series of European dates opening a week later.  They will culminate in five UK shows.

SWMRS collaborated with producer Rich Costey for two months in spring 2018 determined to reveal in experimentation and create something new.  They have cited the likes of The Breeders, Rage Against The Machine and De La Soul amongst the sonic inspirations for the album.

“When we were writing these songs we were very conscious of our role in creating a space for people to escape from the nonstop negative media cycle,” shared co-frontman Cole Becker on the album’s lyrical content. “It’s a strange time to be young; our generation knows the duality of feeling like an unstoppable force for change in one moment and a powerless wreck in the next. We wanted these songs to document that feeling that we’ve observed closely in ourselves and in the people we’ve shared our music with over the past three years.”

The news also follows the revealed of their new single April in Houston.  The video for the track has been directed by Cole and Max Becker’s sister Marki Becker and Jarod Taber.

When do SWMRS headline at Manchester Academy 2?

When do tickets for SWMRS UK tour dates go on sale?

Tickets for SWMRS UK tour dates, including Manchester Academy 2 gig, go on sale at 10am on 30 November 2018.