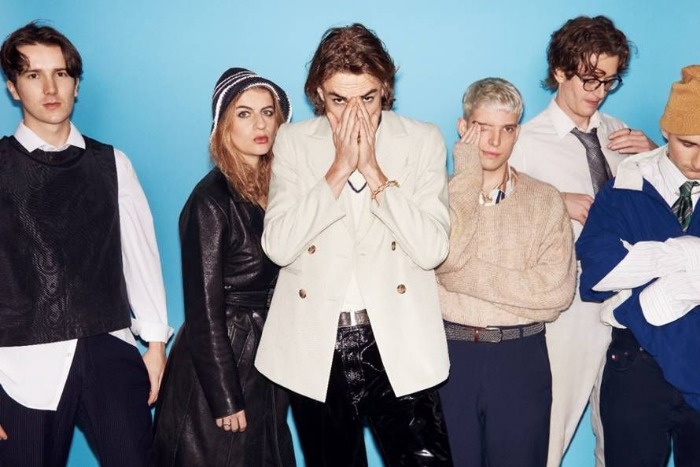 Sports Team have announced that they will release their debut album Deep Down Happy in April, just weeks before appearing at Neighbourhood Weekender.

Deep Down Happy is set to be released on 3 April through Island Records.  It follows their acclaimed EPs Winter Nets and Keep Walking!

Speaking about the album Sports Team’s charismatic frontman Alex Rice commented, “I don’t think we were conscious of doing it but the album maps the journey of moving in together in Harlesden, moving back to home towns to sleep on floors for 18 months, then coming back to London, weighing up whether being in a band with your mates, being young in London is still the best thing in the world. I think it probably is.”

Sports Team have also recently released their latest single Here’s The Thing.  The track is accompanied by a video for which Alex had to master the physical demands and complex moves of a cheerleader and trained with Mana Cheerleading squad.  The track is the first Sports Team song to also feature guitarist and principal songwriter Rob Knaggs on vocals.

When do Sports Team perform at Neighbourhood Weekender?

Sports Team will perform at Neighbourhood Weekender in Warrington on 24 May 2020.