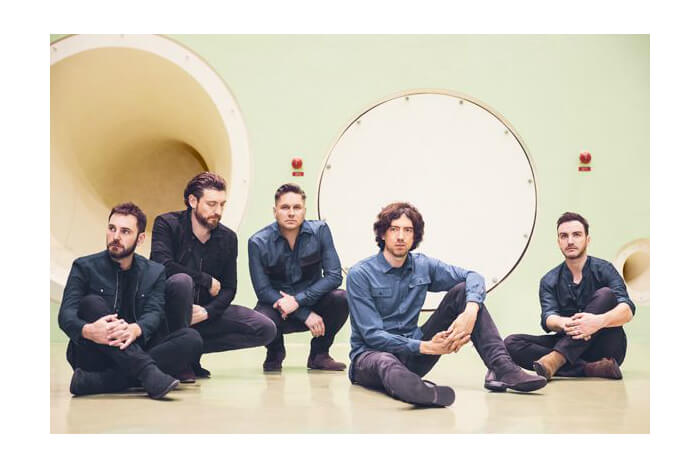 Snow Patrol have announced a headline date at Manchester Arena.  The Manchester gig is one of eight UK and Ireland shows the band has revealed, with the announcement following the release of their latest album Wildness.

Wildness marks Snow Patrol’s first album in seven years, with lead-singer and songwriter Gary Lightbody commenting about the album “There are many types of wildness, but I think it can be distilled into two: the wildness of the modern age, all its confusion, illogic and alienation and a more ancient wildness. Something primal, alive and beautiful that speaks to our true connectivity, our passion, our love, our communion with nature and each other. This is the kind of wildness the album is centered around. The loss of it. Trying to reconnect with it. To remember it.”

The announcement also follows Snow Patrol’s performance this weekend at BBC Radio’s Biggest Weekend in Coventry and recent appearances on Later … With Jools Holland, The Late Show with Stephen Colbert and The Late Late Show with James Corden.

Since their 1998 debut, Songs for Polarbears, Snow Patrol has racked up an impressive number of critical and commercial accolades, including 15 million global album sales, 1+ billion global track streams, five UK Platinum Albums, and are Grammy, BRIT Award and Mercury Music Prize nominated. After their Fallen Empires tour ended in 2012, band members —which also include multi-instrumentalist Johnny McDaid, guitarist Nathan Connolly, bassist Paul Wilson, and drummer Jonny Quinn — decided to take a step back from the band, and focus on their own projects. Gary Lightbody continued his work with his Tired Pony side project with members of Belle and Sebastian, R.E.M, Reindeer Section and Fresh Young Fellows and moved to Los Angeles to begin writing songs for movies (including “This Is How You Walk On” for 2017’s Gifted), and doing a number of high-profile co-writes with Ed Sheeran, Taylor Swift, Biffy Clyro, and One Direction.

When do Snow Patrol headline at Manchester Arena?

When do tickets for Snow Patrol at Manchester Arena go on sale?

Tickets for Snow Patrol’s Manchester gig at Manchester Arena go on sale at 9am on Friday 8 June 2018.