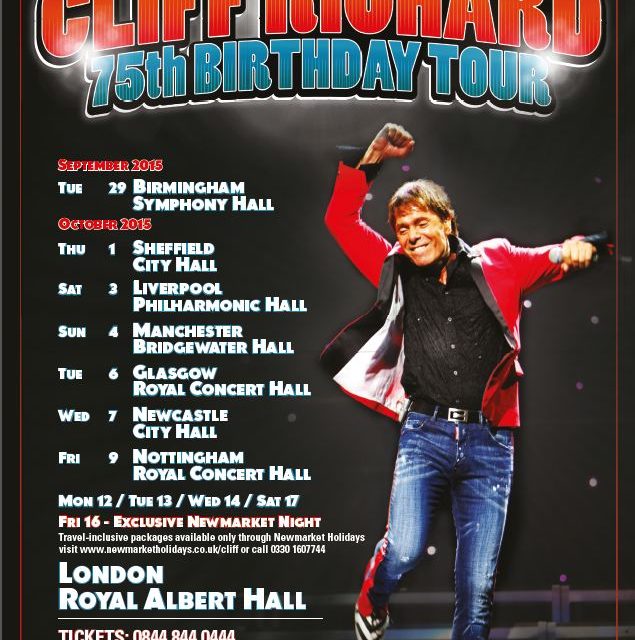 Cliff Richard has today announced a 2015 UK tour to celebrate his 75th birthday next year.  The 12 date tour will see him performing at Manchester’s Bridgewater Hall on Sunday 4th October 2015.

Currently celebrating his 56th anniversary in the music business, an amazing accomplishment, Cliff Richard has released an amazing 100 albums which have spawned 123 hit singles and occupied the charts for the equivalent of more than 20 years.

In Review: Gabriella Cilmi at The Deaf Institute
In Review: Joan As Police Woman at Gorilla
In Review: Nina Nesbitt at The Ritz