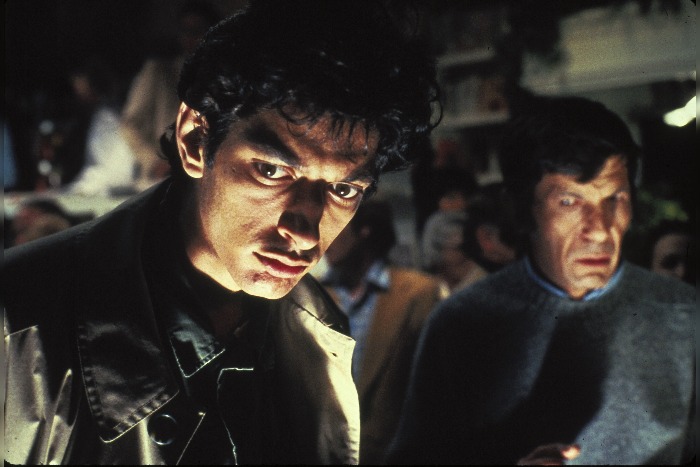 The schedule for FilmFear 2020 at HOME Manchester has been revealed, with a programme curated by Film 4’s David Cox and HOME’s Jason Wood.

The lineup for 2020 is set to include Invasion of the Body Snatchers, Candyman, Wes Craven’s The People Under The Stairs and Jennifer’s Body amongst a host of horror and genre classics.

HOME Manchester’s annual celebration of big-screen scares returns for Halloween 2020, running from 28 October until 5 November.  The schedule includes a line-up of modern genre classics covering politics, race, sexuality and social issues.  Amongst the movies to be screened are Wes Craven’s The People Under the Stairs, a savage slice of Reagan-era urban Gothic, and Philip Kaufman’s 1978 sci-fi thriller Invasion of the Body Snatchers, starring Donald Sutherland, Brooke Adams and Jeff Goldblum.  The programme also includes The Host from Parasite Oscar-winner Bong Joon-ho, an aquatic creature-feature that says as much about Korean society as it does about beasts from the deep. Staying under the earth, a murder on the London Underground alerts authorities to the possibility of some sort of creature living in the long dark tunnels in Death Line which brings a whole new meaning to the phrase ‘mind the doors!’

In lieu of the remake, which should have been in cinemas this month, HOME will present a restored version of early 1990s horror classic Candyman, in which the vengeful, hook-handed title character proves that some urban legends are actually true. Karyn Kusama and Diablo Cody’s Jennifer’s Body makes a well-deserved return to the big screen. Starring Megan Fox and Amanda Seyfried, and critically disregarded on release, the film has been reappraised as a feminist cult classic in the wake of the Me Too movement. And in The Stuff, a tasty, healthy and fun new dessert might seem irresistible but the truth behind what it is and what it does to you is the starting-point for a fiendishly original and darkly comic monster movie like no other. 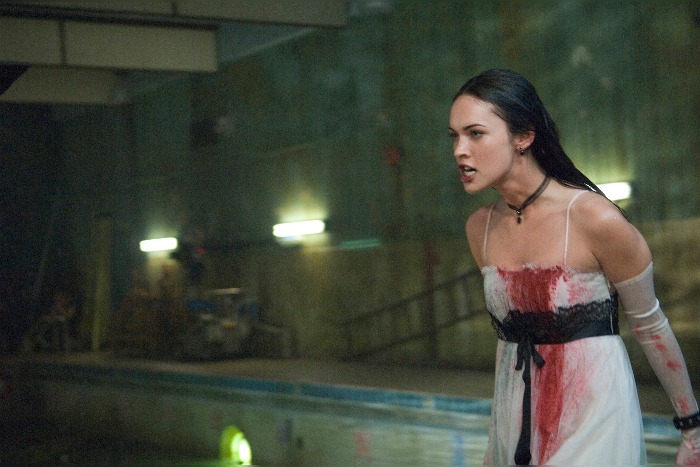 Speaking about the programme, Film 4’s David Cox explained, “Even though what many of us are experiencing day-to-day may feel unprecedented, the horror genre has already seen it, done it and no doubt re-imagined it as either a city-devouring monster or an undead infestation. And somehow, these extreme representations of our worst fears and most unimaginable realities have the power to make us feel better – or at least distract us from the terror outside for 90 minutes.”

The huge event at HOME Manchester also features a cross over with the ¡Viva! Spanish & Latin American Festival as HOME Manchester celebrates Chicho, Spain’s horror maestro, Narciso Ibanez Serrador.  In the double bill of El asfalto and La residencia a young woman is sent to a gothic boarding school, where she finds a headmistress intent on keeping everyone in line with firm, physical discipline. With La residencia, one of the most atmospheric European horror films of the late 1960s, Ibáñez Serrador scored a major hit at the Spanish box-office, significantly contributing to the cycle of horror film production in Spain in the 1970s. The film is accompanied by El asfalto, one of the best-remembered episodes of Ibáñez Serrador’s legendary TV series, Historias para no dormir. And in 1972’s Who Can Kill a Child?, an English couple on holiday in Spain find more than they bargained for when they visit a beautiful island that seems to have no adults, only children.

When does Film Fear run at HOME Manchester?

Film Fear runs at HOME Manchester from 28 October until 5 November 2020.

What’s on at Film Fear at HOME Manchester?

The People Under the Stairs
Wednesday, 28 October, 19:45
Dir Wes Craven/US 1991/98 mins
Brandon Adams, Everett McGill, Wendy Robie
Director Craven had been mixing politics with horror since his notorious 1972 debut The Last House on the Left, but he really let rip with this savage slice of Reagan-era urban Gothic. After his family is evicted, streetwise teen Fool breaks in to the foreboding home of the husband-and-wife landlords responsible. There, in a house that Craven described as representing ‘the whole society of the United States’, Fool discovers a nightmare that gets more terrifying with each door he opens.

Invasion of the Body Snatchers
Thursday 29 October 2020, 19:30
Dir Philip Kaufmann/US 1978/111 mins
Donald Sutherland, Brooke Adams, Jeff Goldblum
An example of that rarest of things – a remake that equals, if not improves upon, the original. The 1956 paranoid classic is updated to 1970s San Francisco by director Kaufman and writer W. D. Richter, giving them licence to comment on contemporary concerns regarding conformity and selfishness while crafting an expert horror/sci-fi thriller. The fear of losing one’s identity is always with us, making Jack Finney’s source story eternally relevant and re-tellable. However, it’s never been told as terrifyingly as this.

The Host
Friday 30 October 2020, 17:45
Dir Bong Joon-ho/South Korea 2006/120 mins
Song Kang-ho, Bae Doo-na, Byun Hee-bong
Ever since Godzilla stomped on Tokyo in 1954, monsters have been drafted in to sci-fi and horror movies to stand for wider social issues. Parasite director Bong’s aquatic creature-feature is up to something similar – like his Oscar-winner it’s got plenty to say about Korean society while also providing non-stop scares and excitement. Parasite’s desperate dad Song Kang-ho is on top form here, although it’s Bong’s beast from the deep who steals every scene.

Death Line
Friday 30 October 2020, 20:15
Dir Gary Sherman/GB 1972/78 mins
Donald Pleasance, David Ladd, Sharon Gurney, Norman Rossington
A murder on the London Underground alerts authorities to the possibility of some sort of creature living in the long dark tunnels. What they uncover is not only grisly and terrifying, but also brings to light – in the most extreme manner – the exploitation of the workers who built the transport system. There’s a fine sarcastic turn from Donald Pleasance, an eerie, seedy electronic/jazz score and one of horror cinema’s best-known catchphrases: ‘Mind the doors!’.

Candyman
Saturday 31 October 2020, 15:00
Dir Bernard Rose/GB US 1992/99 mins
Virginia Madsen, Xander Berkeley, Tony Todd
In lieu of the remake, which should have been in cinemas this month, we’re thrilled to present a restored version of this early 1990s horror classic in which the vengeful, hook-handed title character proves that some urban legends are actually true. Saying his name five times is enough to invoke the all-too-physical spirit, with his appearance bringing both an unsettling reminder of the past and a terrifying vision of the future to the Chicago housing projects that he haunts.

Double Bill El asfalto and La residencia
Saturday 31 October 2020, 17:15
Dir Narciso Ibáñez Serrador/Spain 1966 + 1969/133 mins
Lilli Palmer, Cristina Galbó, John Moulder-Brown
A young woman is sent to a gothic boarding school, where she finds a headmistress, memorably played by Lili Palmer, intent on keeping everyone in line with firm, physical discipline. When some of the school’s girls begin to disappear, it seems there is more at hand than simply the headmistress’s whip. With La residencia, one of the most atmospheric European horror films of the late 1960s, Ibáñez Serrador scored a major hit at the Spanish box-office, significantly contributing to the cycle of horror film production in Spain in the 1970s.
Accompanied by El asfalto, one of the best-remembered episodes of Ibáñez Serrador’s legendary TV series, Historias para no dormir.

Jennifer’s Body
Saturday 31 October 2020, 20:00
Dir Karyn Kusama/US 2009/102 mins
Megan Fox, Amanda Seyfried, Adam Brody
Critically disregarded upon release but now ripe for re-discovery, this horror-comedy from director Kusama and Juno writer Diablo Cody relates back to such defiantly female-focussed genre classics as Carrie and Rosemary’s Baby. Forced into a black-magic ritual by members of a rock band, popular high-school student Jennifer is transformed into a succubus preying on young men. Unsettled – to say the least – by this sudden change, Jennifer’s best friend Needy must put a stop to the bloodshed without betraying their sisterhood.

Who Can Kill a Child?
Next showing Sunday 1 November 2020 at 15.30
Dir Narciso Ibáñez Serrador/Spain 1972/112 mins
Lewis Fiander, Prunella Ransome, Antonio Iranzo
After spending much of the 1970s working in television, Ibáñez Serrador returned to the cinema with ¿Quién puede matar a un niño? In this incredibly atmospheric horror film, an English couple on holiday in Spain find more than they bargained for when they visit what seems a perfect island continuously bathed in sunlight. With no adults to be seen, the horror of their situation slowly emerges as they find that the island’s children are seemingly ready to take their revenge. ¿Quién puede matar a un niño? is one of the major achievements of European horror cinema in the 1970s and has been influential on many filmmakers since.

The Stuff
Sunday 1 November 2020, 17:45
Dir Larry Cohen/US 1985/93 mins
Michael Moriarty, Andrea Marcovicci, Wendy Robie, Paul Sorvino
If you though chlorinated chicken was scary, wait ‘til you experience director Larry Cohen’s biting satire about food fads and irresistible marketing, in which the scariest thing of all is our own appetite. There’s a tasty, healthy and fun new dessert on the shelves called The Stuff, but the truth behind what it is and what it does to you is the starting-point for a fiendishly original and darkly comic monster movie like no other.

Attack the Block
Thursday 5 November, 17:15
Dir Joe Cornish/GB 2011/88 mins
John Boyega, Jodie Whittaker, Nick Frost
An outer-space invasion of a South London housing estate prompts an ingenious retaliation from an unlikely source – a gang of teenage boys who go from menace to society to scourge of the aliens over the course of one action-packed night. John Boyega leads the charge to protect his home and community, with the film creating heroes from the sort of characters who are usually either demonised or marginalised in both the press and fiction. This screening will be followed by an exclusive on screen Q&A with director Joe Cornish.