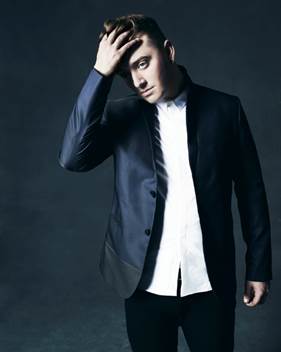 Sam Smith has today announced his In The Lonely Hour Tour 2015 which will see him return to Manchester for two dates at the O2 Apollo on Thursday 19th March and Friday 20th March 2015.

The news will come as a relief for fans unable to get tickets to his two already-sold-out shows at Manchester’s Albert Hall which are scheduled for 29th and 30th October.

The singer is currently celebrating the return of his debut album In The Lonely Hour to the top of the UK charts 15 weeks after its debut, also seeing the album go platinum in the UK and rack up an incredible 1.9 million sales worldwide.  His US album sales – an incredible 166,000 in the first week – set a new record for debut album sales by a UK artist, outselling Coldplay and Ed Sheeran amongst others.  This success has also been transferred to the live setting with sold out UK and US tours.  This wave of popularity and success also saw him perform at the MTV Video Music Awards last week in Los Angeles.

Tickets for Sam Smith performing at the O2 Apollo in Manchester on 19th and 20th March 2015 go on sale at 9am Friday 12th September.