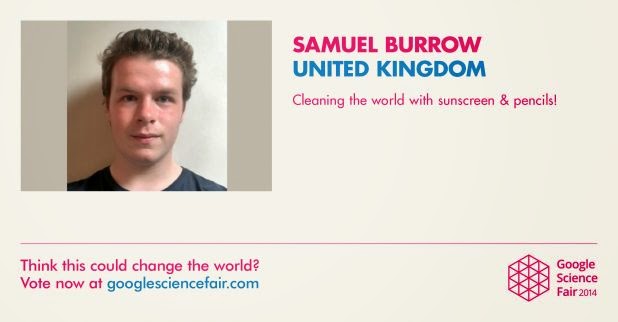 Chetham’s School of Music is renowned for the incredibly high standard of its pupils so far as music is concerned, but now they are also celebrating one of their students achieving a place in the finals of the international Google Science Fair.

Samuel Burrow is the first ever British finalist and is flying over to San Francisco to exhibit his new science project to Google.  He has taken part in the online competition, which is open to 13-18 year-olds the world over and encourages people to work on projects which have the potential to change the world.

Samuel’s project is aimed at ridding the environment of pollution and involves a Manchester discovery – Graphene.  “I found that using Manchester’s ‘Wonder Material’ Graphene, enhanced the properties of a commonly-used, but highly inefficient self-cleaning paint.”, he commented “This combination has the unique property of being able to use sunlight to break down pollution into smaller and smaller pieces until only CO2 and water remains. In paint form, the composite can get rid of contaminants such as air pollution and bacteria from its surface.”

He then experienced the eureka moment scientists all yearn for – “I also accidentally discovered a way of making a reusable water purification powder! It’s really easy to distribute around the world (literally in bags of powder; only a gram or so is effective for each bottle) so can be used extensively in poor, hot countries where waterborne diseases are rife.”

The public are able to vote for their favoured scientific discovery or project by logging on to www.google.com/sciencefair where Samuel’s project is listed.  Voting for Samuel gives him a chance to win so that his ideas receive the attention and funding needed to have an influence.