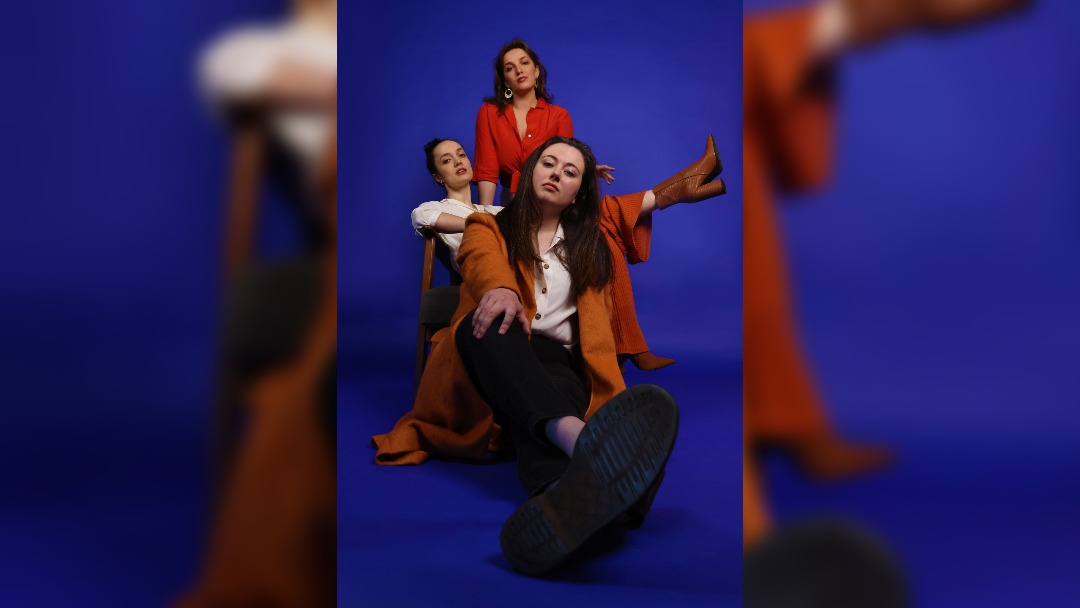 Manchester based trio The Deep Blue have released their debut single Jealous Sea, out today through Snide Records.

The track finds the band members play out the inner workings of their minds and most likely listeners.  They explain, “You know that feeling: when you’ve lost a little bit of love for yourself and you see that person who has everything you’ve ever wanted. In a world of endless scrolling through the lives of others, it can be difficult to keep your head above the jealous sea; we are all in danger of slipping under. You’re not alone—sometimes we all want to be somebody else. Here’s a song to get you through and dance the green away.”

The upbeat sing along track marks a brilliant debut from The Deep Blue.  From the outset it highlights their stunning vocals, with each of their voices intertwining effortlessly.  They drag in elements of Fleetwood Mac; they layer indie and pop, toy with folk and even touch on country stylings.  Supporting the three-part vocal harmonies are some beautiful guitar effects amongst the textures which comes to the fore in the track.  The effect is a sonic delight.

Jealous Sea is a fresh, optimistic track for a band which has already turned heads, with performances at Liverpool Sound City and Focus Wales already scheduled.

Jealous Sea was created in Giant Wafer Studios in the Welsh countryside, produced by Alex Quinn.