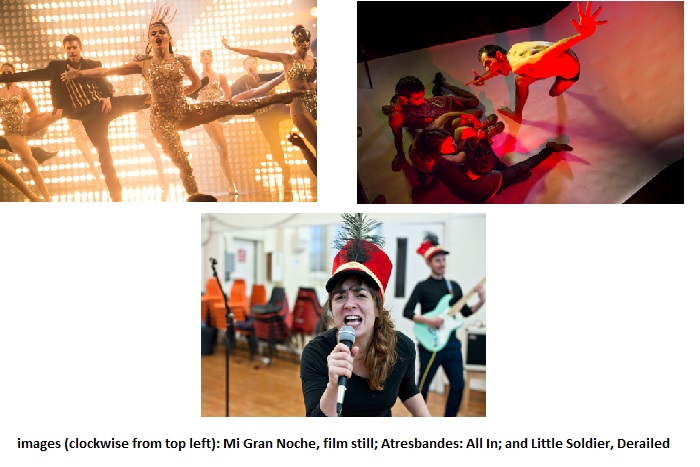 The ¡Viva! Spanish and Latin American Festival is set to return to Manchester’s Home for 18 days of films and events in April.

The line-up for the 22nd cross-artform festival includes newly commissioned theatre productions, a showcase of work by Cuba’s most prominent playwright, 20 films from ten countries, including four UK premieres and sneak peeks of Spanish and Latin American films set to hit the big screen across the country later this year.

For the first time ever, ¡Viva! will include an energetic theatre programme presenting new commissions alongside existing work and a special residency and showcase by Cuban playwright Abel González Melo.

ATRESBANDES are a young theatre company from Barcelona that has established a reputation for sharp, perceptive work. ¡Viva! 2016 will host the world premiere of its latest performance ALL IN. Inspired by going “all in” at poker where the player risks everything, ALL IN takes a wild ride through vastly different, seemingly unconnected worlds.  Everyday situations take unexpected turns into the absurd and poignant, boundaries are tested, meals ruined, a dead guest goes to a nightclub and a bearded lady bares her soul.

Delving into the archives, the programme will also present four recent Argentinian classics featuring prolific actor Ricardo Darín, in honour of his new film Truman, and a tribute to local heroine Leonora Carrington, a Lancashire-born surrealist artist who made her home in Mexico, with an introduced screening of the 1973 risqué horror film The Mansion of Madness.

Audiences will be able to enjoy the return of a collection of filmmaker Q&As, introduced screenings, a post-screening discussion, a One Hour Intro, and the Café Cervantes language learners’ event. In addition, the festival will host a Baby Friendly screening on Thu 21 April, and its first ever HOME-commissioned audio description for blind or partially sighted customers to accompany the screening of documentary Gabor.

In 2015, Cornerhouse closed its doors for the final time, bidding farewell to the venue in truly spectacular style with a celebratory, sold-out performance by Panamanian artist Humberto Vélez, The Storming. For ¡Viva! 2016, HOME will stage The Storming Reunion, with a Latin party for everyone on Sat 23 April from 17.45.