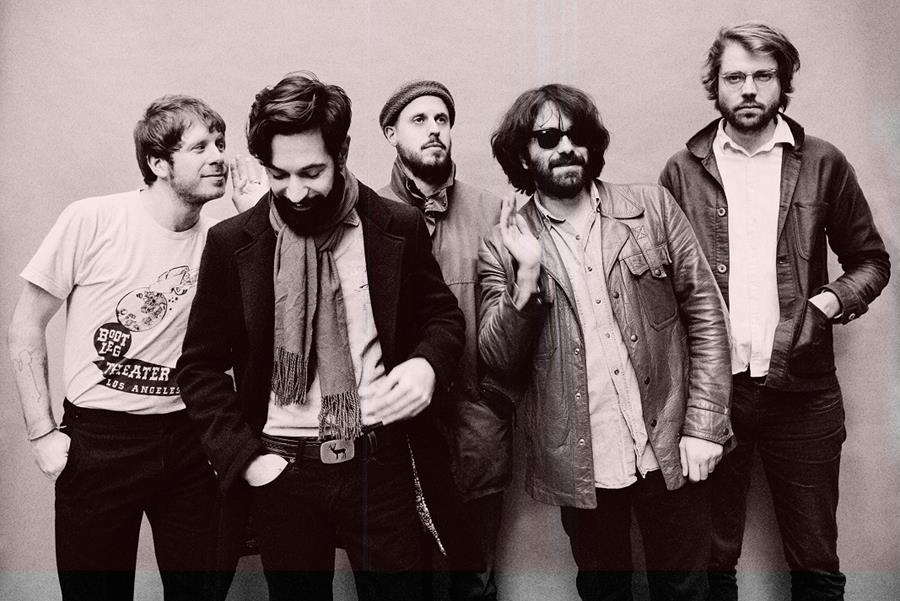 After an excellent gig at Manchester’s Soup Kitchen, Treetop Flyers return to the city, this time with a performance at Night and Day.

The date comes after the recent release of their new album Palomino, the follow up to their acclaimed debut The Mountain moves.

For Treetop Flyers, the last few years have been a case of needing to fall apart, in order to rebuild, and come back stronger. Two and a half years on from their acclaimed debut album The Mountain Moves, fate showed its macabre sense of humour in dramatically shifting the ground beneath the London five-piece. The grief for lost parents, broken marriages, the near-death of a close friend, the departure of long-time bassist Matthew Starritt, the loss of numerous behind-the-scenes personnel (as well as an accountancy bill that they say “would make the government weep”) led to a prolonged period of upheaval and an unsettled and anxious camp. It was perhaps natural that Palomino was to become an honest, raw, and reflective record. As vocalist / guitarist Reid Morrison puts it; “We’d been through a lot individually and collectively. Coming together to make this record was very therapeutic for us, in a sense. It brought us closer and allowed us to let go of a lot of the bullshit that we’d had to endure and negotiate in the past.”

With an out-of-sorts band slowly coming to terms with their own situations, self-reliance and a gang mentality showed itself to be the route ahead. Locking themselves away at their own Soup Studios in London, self-producing along with the help of some friends – and then mixed by Jonathan Wilson (Father John Misty, Conor Oberst, Elvis Costello) – their new outlook was to embrace the unknown, and begin experimenting. New synths, new pedals and new techniques helped them to unravel their own sound, as well as conceptions of the classic qualities laid down by their forebears, ultimately uniting them with a purposely accentuated groove and unfathomably tight vocal harmonies – all threaded together by Reid’s own soulful melancholy. Treetop Flyers are a fluid band, affected by, and absorbing everything, for better or worse. Drummer / vocalist Tomer Danan says; “It was important for us to free ourselves from some of the ideas we had about ourselves and maybe a bit of what people seemed to think about us from an outside perspective, which was largely based on one song, letting in more of our influences from 70’s Nigerian psych rock/pop to jazz and a whole lot in between. How that all gets filtered through us as individuals and as a group is what you are hearing, and that’s still changing all the time.”

In 2015, after everything, instead of uncovering a lost and haphazard band, their caution-to-the-wind experimentalism sees a group dragging themselves to their feet once more. Sticking together extended far beyond just getting in a room and recording. Palomino is a wholly collaborative affair – no single songwriter is solely credited on any of the record – and you sense it had to be this way. Setting the tone for the album, opener You, Darling You is a reflection on the old saying “sometimes loving someone means letting them go”. In this case it’s over a failed marriage, but the record picks up on some of the themes of death and departure that made up The Mountain Moves. It’s a subject the band still find, understandably, difficult to shake, as Palomino flirts with many ideas of finality. 31 Years tracks a goodbye to a friend who passed away during the recording of their debut, and St Andrew’s Cross is a lament to the passing of Reid’s father, used almost in therapy by the band as a way to reconcile the past and the unknown ahead, all at once. Interestingly, it’s the band’s own smart production (as well as tracks like Dance Through The Night and Falling Back) that injects real life into Palomino. Hope permeates above all else, which is nothing less than they should allow themselves after everything they’ve been through. Treetop Flyers emerge triumphant from the most turbulent of times.

Treetop Flyers perform at Manchester’s Night and Day on 14 April 2016.