Previewed: The Wedding Singer at the Opera House 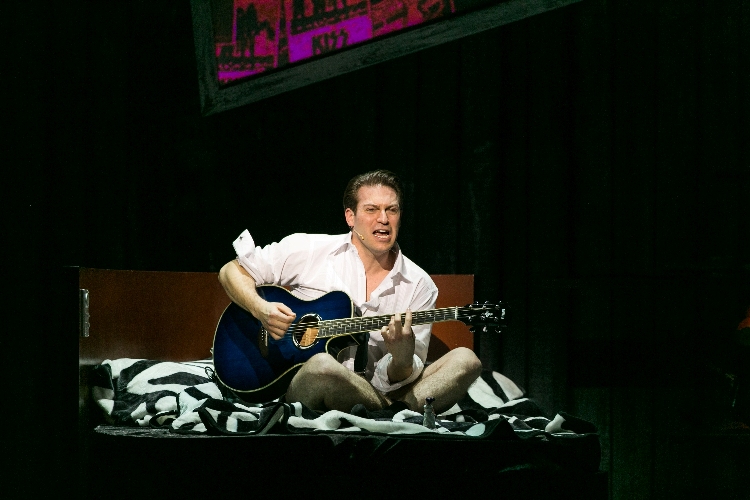 The Wedding Singer, based on the smash hit film, is coming to Manchester Opera House.

It’s 1985. Hair is huge, greed is good and rock-star wannabe Robbie Hart is New Jersey’s favourite wedding singer. When his own fiancée dumps him at the altar a seriously bummed out Robbie makes every wedding as disastrous as his own.

Can sweet natured Julia and her best friend Holly lure Robbie out of the dumpster and back into the limelight? Or is he going to see her head off down the aisle with Wall Street bad boy Glen. Only Grandma Rosie seems to be able to see that Robbie and Julia are the couple that are meant to be.

The Wedding Singer features music by Matthew Sklar, lyrics from Chad Beguelin and choreography by Nick Winston who also directs.

Who is appearing in The Wedding Singer?

The sparkling new production of The Wedding Singer features a standout cast featuring famous names of television and theatre.

West End and Musical Theatre star Jon Robyns plays Robbie Hart. Most recently he starred as Emmett Forrest in Legally Blonde and Eddie Souther in Sister Act.  He has also appeared as Enjolras in Les Misérables,  together with roles in Spamalot, Memphis and Avenue Q.

Joining Robyns on stage is British singer-songwriter Ray Quinn as Glen.  Quinn shot to fame as the runner-up in ITV1’s The X Factor in 2006 and won Dancing on Ice in 2009. In 2014 he won Dancing on Ice: Champion of Champions. His theatre credits include Danny Zuko in Grease (West End), Dirty Dancing (West End) and Legally Blonde (UK Tour), whilst he previously appeared in The Songbook of Judy Garland at The Palace Theatre.

No stranger to stage and screen, comedy veteran Ruth Madoc will star as Grandma Rosie. Ruth became a household name in the Eighties when she played Gladys Pugh in BBC comedy series Hi-De-Hi! More recently she has appeared on screen in ITV’s Benidorm, Mount Pleasant and Stella.

Unfortunately, Roxanne Pallett has withdrawn from the production on medical advice.

Where and when is The Wedding Singer on in Manchester?