Previewed: The Slow Show at Gorilla 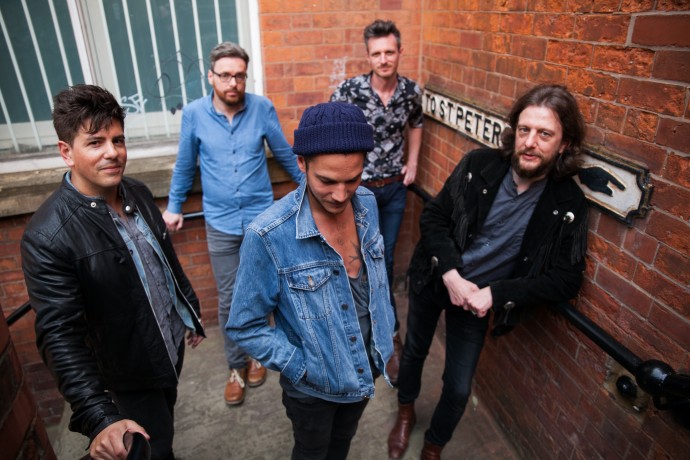 Just a few days after releasing their new album Dream Darling, The Slow Show are set to perform at Manchester’s Gorilla.

The 10-song album has been put together by the five men who, as singer Rob Goodwin explains, have “gone through the typical life-changing experiences that men in their late thirties and forties experience”.

Having gone on tour in Germany and Switzerland almost immediately after the band formed in 2010, The Slow Show are a major cult concern and festival regulars in mainland Europe, where they’re signed to Haldern Pop Recordings, the label formed by the team behind the successful festival. At home, their music has been championed by DJs at BBC 6 Music and Radio 2 ever since their debut EP, 2012’s Brother.

Dream Darling was recorded at a farmhouse in the Lake District and produced by Goodwin and Fred Kindt, The Slow Show’s keyboardist. The band would start at 8am and record until 2am, with the night-time studio sessions partly inspired Dream Darling’s title. “It’s an album written in the dark and worked on late at night. It feels quite a dreamy record. The alliteration is deliberate – I think alliteration is an official theme now for The Slow Show, following the band name and White Water for the first album title.”

Having experimented with orchestration on White Water, they were determined to push the classical influences further this time, recording with a choir in Berlin and letting them carry the vocals in places – most notably the soaring wordless finale Brick, which is the perfect, tear-jerking climax for the album’s theme of change.

The album’s other key guest is local Manchester singer Kesha Ellis, who sings duets Hurts and Last Man Standing. “I don’t find traditionally ‘great’ singers so interesting.” comments Goodwin, “Kesha doesn’t sing much, but the texture and tone in her voice are beautiful.”