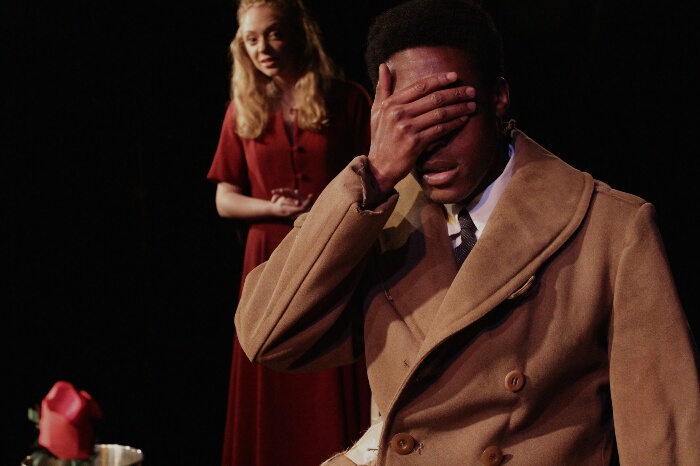 New theatre company Equapoise Theatre is set to bring its debut production, The Promise, to the King’s Arms Theatre.  The production is Nick Dear’s adaption of Alexei Abruzov’s work and tells the story of three teenagers Lika, Marat and Leonidik as they live through the seige of Leningrad during the winter of 1942.

Running from 21 – 24 September, it tells how they lose everything from their past but together build hope for a better future and features emerging talent, with the cast and production crew being young graduates from Drama Uk accredited schools.

Equapoise has been formed by University of Manchester graduate Eleri Jones and Laura Marie Donnelly who set about providing a platform for emerging theatre makers and new voices with the goal of nurturing new ideas, collaborations and fresh approaches.

Actress Eleri Jones gained her first class degree in Drama and Screen studies from the University of Manchester and also trained at Drama Centre, London, on the two year MAScreen Acting course.  Laura Marie Donnelly is a producter and writer from county Galway, Ireland, who completed her business degree before training at the Central School of Speech and Drama with a diploma in Musical Theatre and Masters in Advanced Theatre Practice.

For the production of Abruzov’s classic The Promise Daniel Ward Garber takes on directing duties whilst Laura Marie Donnelly assumes the Producer role with Eleri Jones as Assistant Producer alongside Hollie Hales.