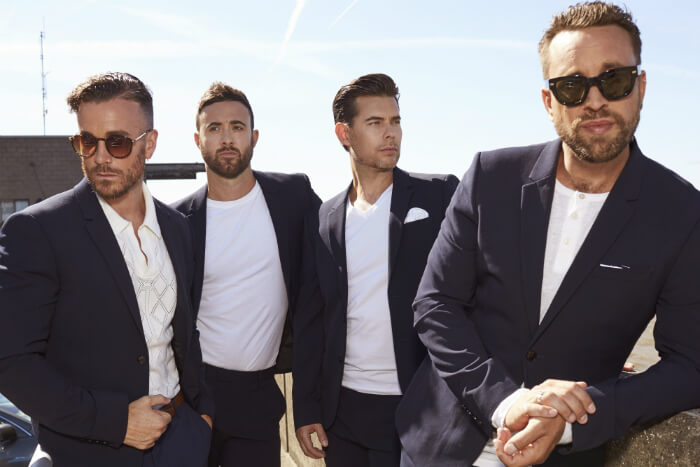 The group – Lockie Chapman, Mike Crawshaw, Darren Everest and Mark Franks – are in the midst of a huge 22 date UK tour.  The will be joined on stage by their band to perform tracks from their previous Top 10 albums as well as latest release The Overtones.

Since bursting onto the scene in 2010 with their debut Good Ol’ Fashioned Love, the group has sold over a million records. This self-titled album, however, is their first release as a four piece following the passing of their bandmate and friend Timmy Matley in April. Teaming up, once again, with producer Julian Hinton and engineer Simon Bloor, the album – a collection of thoughtfully chosen covers and originals – is a tribute to Timmy, a celebration of everything that the group has achieved together, a thank you to their loyal and supportive fans and a statement of intent for the future.

Speaking about the album, the band commented, “We are really proud of the new album and all it represents. Yes there are obviously songs for reflection and even sadness but there are also songs to put a smile on your face and get you up dancing. There’s a big mix of feelings and moods in this album which was certainly a challenge to express but we’re so proud of what we’ve achieved. This album means the world to us and we want it to mean something to the listener too.”

When do The Overtones headline at Manchester’s Bridgewater Hall?

The Overtones headline at the Bridgewater Hall, Manchester, on 10 December 2018.