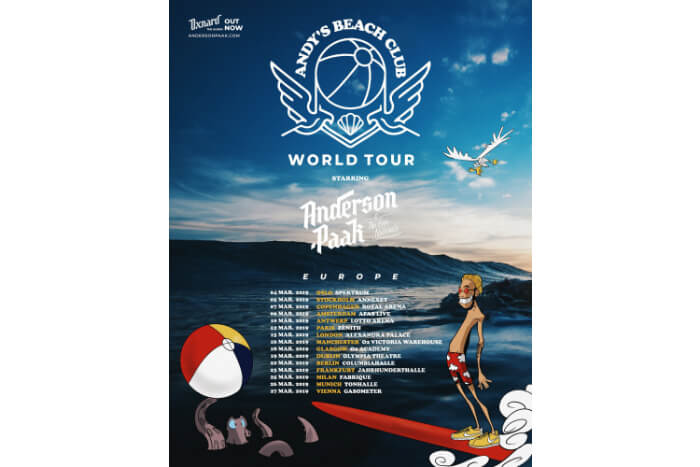 The world tour includes fifteen European dates, four of them in the UK and Ireland.

The tour follows the release of his third album Oxnard.  The Grammy-nominated artist saw the album hit the number 5 spot on the US rap charts, 6 on the hip-hop/R&B chart and 11 on the Billboard Top 200.  The album has been executive produced by Dr Dre and features the likes of Kendrick Lamar, J. Cole, Q-Tip, Snoop Dogg and Pusha T.

When does Anderson .Paak headline at Manchester’s Victoria Warehouse?

When do tickets for Anderson .Paak’s UK and Ireland tour dates go on sale?

Tickets for Anderson .Paak’s UK and Ireland tour dates go on sale at 9am on 7 December 2018.