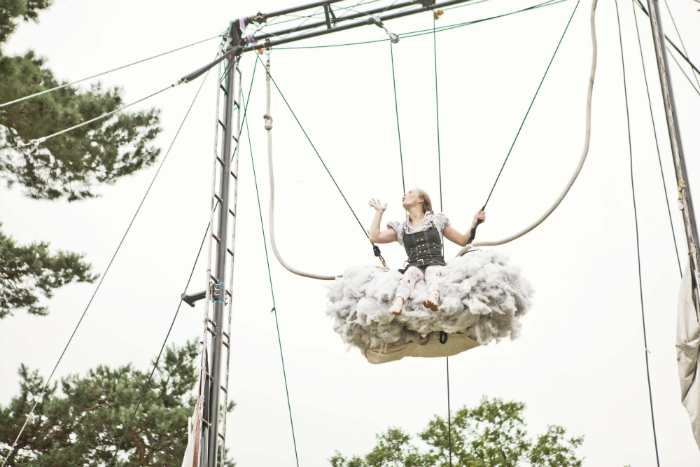 Burrs Country Park is set to be home to a carnival over the bank holiday weekend as the mythical tale of a Lost Carnival, one which was world-renowned, mysteriously disappeared more than 100 years ago.

Tales of the Lost Carnival have been circulating online through a series of ficticious podcasts and now, with the help of the public, Wild Rumpus, the creative company behind the Just So festival and Bury Met director David Agnew’s new company So It Is, are set to bring it back to life.

In an interactive experience, the audience will have to do different things to keep the evening going, getting the carnival back up and running.

So, what’s to be expected at The Lost Carnival?

The Marie Celestial is a giant, walking Pan-Galactic Circus Beast. Focused around a massive, beating iron heart it mutates with mechanical transformations, pyrotechnic effects, dynamically changing light and sound and is accompanied by a cast performing aerial circus, acrobatics, dance, theatre and percussion both on board the moving structure and on the ground. Co-commissioned by the Northern Festivals Network it premieres at The Lost Carnival before going to Glastonbury, Kendal Calling, Just So Festival, Shambala, Festival No. 6 & Ramsbottom Festival.

The Baghdaddies are preparing their wild Balkan music, with Middle Eastern rhythms and even some Geordie touches. Uplifting and infectiously danceable, full of blistering brass, rousing five part vocal harmonies and a rhythm section that you can’t keep still to.

Mufti Does Games’ L_ve Hangman is an interactive installation, fresh from The Barbican, reimagining the classic game as a macabre life-sized sideshow.

Lost In Translation Circus will be tumbling through the carnival and flying through the air. They take inspiration from their name and focus on combining high level circus skills with theatre, narrative, movement and live music.

Sideshow acts include the bearded lady, Claire V’oyant and the Fear Eater.

The event, which has been co-comissioned by the Northern Festivals Network, will go on tour following its residency at Burrs Country Park, moving on to Glastonbury, Kendal Calling, Just So Festival and Ramsbottom Festival amongst others.