Previewed: The Limiñanas at Manchester Academy 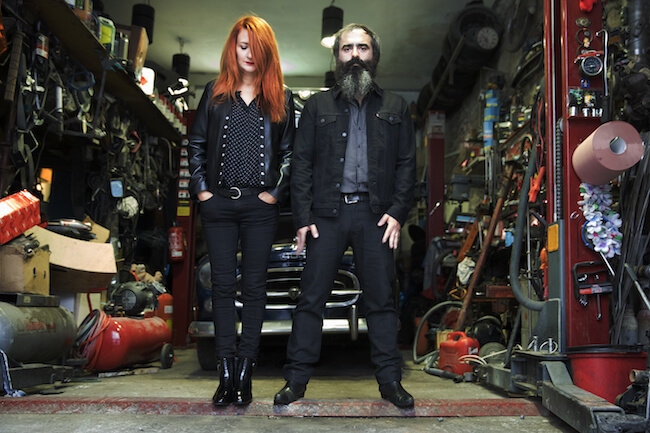 After releasing their latest album I’ve Got Trouble In Mind Vol. 2, The Limiñanas open at UK tour with a Manchester gig at Manchester Academy.

The French psych duo released the album in November 2018, featuring rare recordings, 7” singles and unreleased material.  The collection marked the follow up to 2014’s compilation album I’ve Got Trouble in Mind.

And now they’re back in the UK and Ireland for a run of six dates opening at Manchester Academy.  The tour finishes with a London headline show at 100 Club a week later.

The duo, one of France’s most loved treasures, hail from Perpignan straddle the boundary between psych and shoegaze.  Hazy, reverb-laden hooks, noisy distortion and dreamy vocals and what make The Limiñanas (Marie on drums/vocals and Lionel on guitar, bass, keyboards and vocals) an effortlessly cool proposition.

The Limiñanas have produced records in their own garage for the last ten years and now released Vol 2 of their I’ve Got Trouble In Mind anthology.  The album features rare and unreleased tracks including the duo’s version of The Kinks’ Two Sisters, live versions of fan favourites and a cover of The Lords of the New Church’s Russian Roulette.

When do The Limiñanas headline at Manchester Academy?