Previewed: The House with Chicken Legs at HOME Mcr 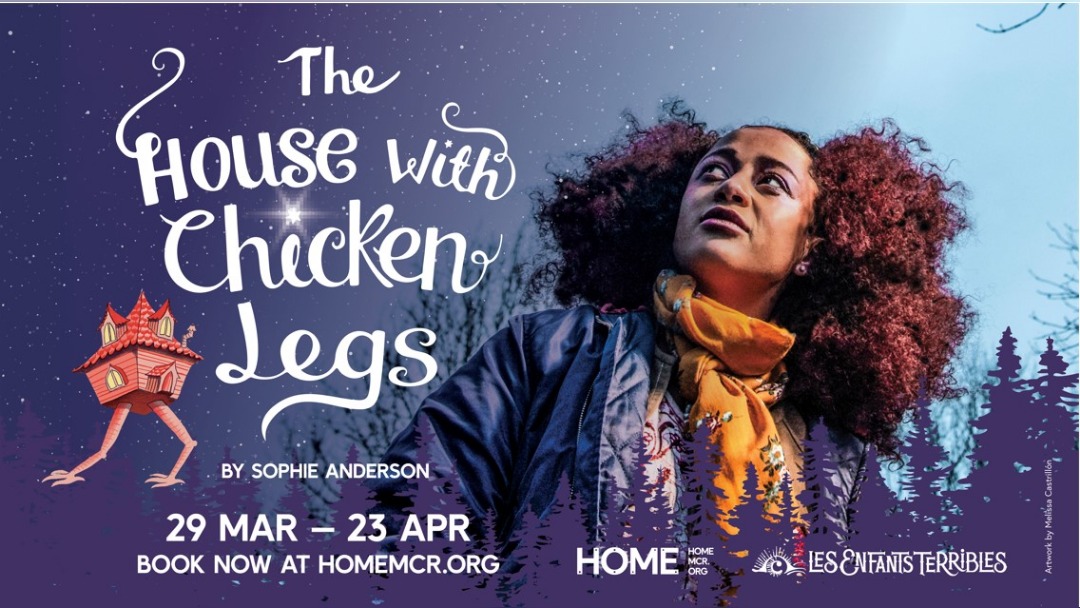 HOME and Les Enfants Terribles will present the theatrical debut of Sophie Anderson’s The House With Chicken Legs.  The production is a thought-provoking piece about a young girl’s struggle with destiny, responsibility and grief.

The cast is led by Eve De Leon Allen as Marinka, joined by Lisa Howard as Baba, David Fallon as Ben, Matthew Burns as Jackdaw, Keshini Misha as Nina and Perola Congo as Yaga.

The House With Chicken Legs draws on folklore roots, telling the story of Marinka who dreams of a normal life, where she can stay somewhere long enough to make friends; but there is one problem – her house has chicken legs and moves on without warning. For her grandmother is Baba Yaga who guides spirits from this world to the next. Marinka longs to change her destiny and break free from her grandmother’s footsteps, but her house has other ideas…

The HOME Mcr and Les Enfants Terribles joint production is told through a blend of live music and puppetry to immerse audiences in the world of spirits and secrets with each actor bringing their own unique set of skills to the show.

When does The House With Chicken Legs run at HOME Mcr?