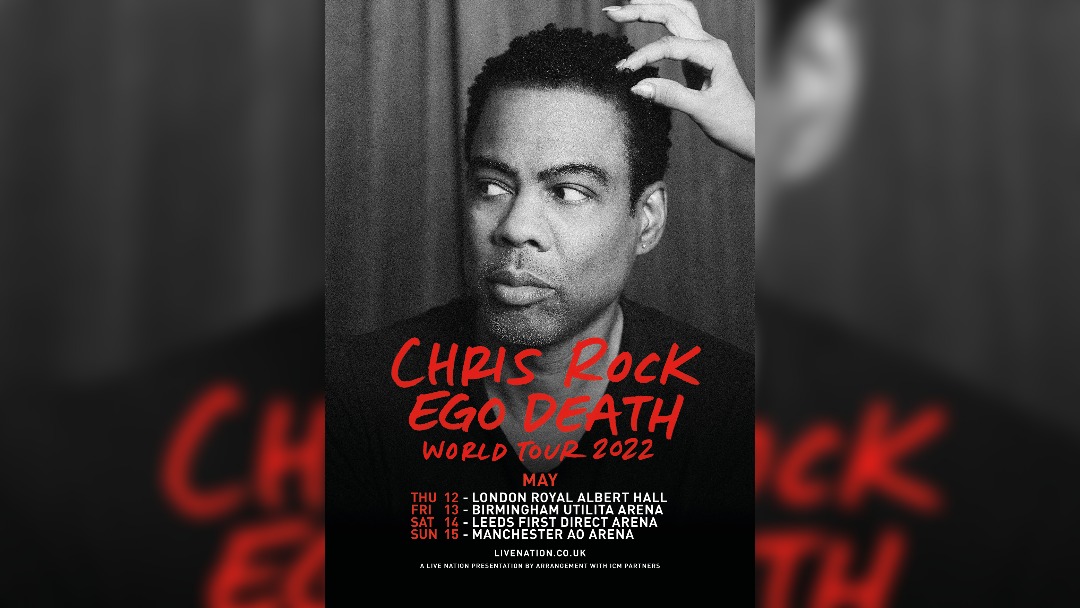 Worldwide-superstar comedian, actor, director, writer and producer Chris Rock will make his return to the UK in May including a Manchester show.

The Grammy and Emmy Award winner will perform at Manchester’s AO Arena on the final date of the UK leg of his world tour.

The Ego Death World Tour brings Chris Rock back to the UK for his first dates in 5 years.  As well as Manchester he will perform in London, Birmingham and Leeds.

Chris Rock is one of our generation’s strongest comedic voices. With a career spanning more than three decades, Rock has enjoyed ongoing success in both film and television as a comedian, actor, writer, producer and director.

His television work includes serving as a cast member on Saturday Night Live from 1989 – 1993 and as executive producer, writer and narrator for the series Everybody Hates Chris. The series ran from 2005 – 2009 and is still one of the highest rated syndicated shows in the world.

His feature acting credits include The Week Of, the Grown Ups and Madagascar franchises, 2 Days in New York, Death at a Funeral, Nurse Betty, Dogma, the hip-hop comedy CB4, and New Jack City.

When does Chris Rock perform at Manchester’s AO Arena?

When do tickets for Chris Rock’s Ego Death UK tour go on sale?

Tickets for Chris Rock’s UK tour dates go on sale at 10am on Friday 18 March.