Previewed: The Courtesans at The Ruby Lounge 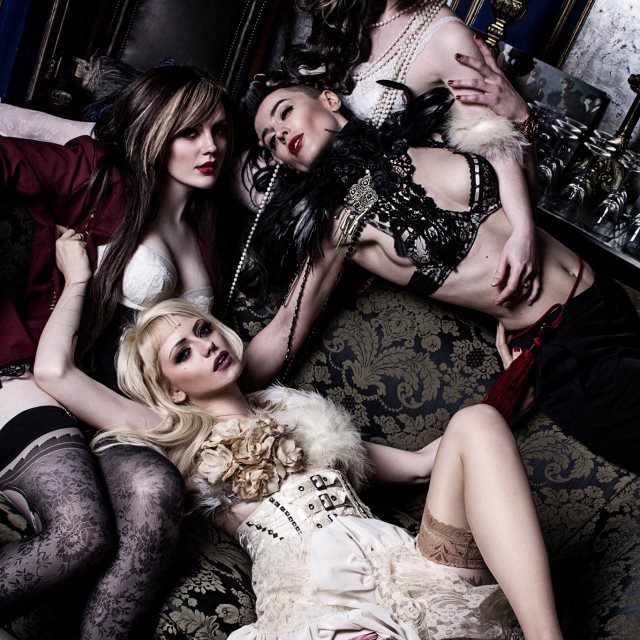 Atmospheric alt-rock/doom-pop group The Courtesans are set to return to The Ruby Lounge, where they performed a sensational gig back in August, this Saturday 6th December.

The show comes just days after the quartet made their stunning Christmas cover of Frankie Goes To Hollywood’s The Power Of Love available online (have a listen below!).  As you’d expect from the highly talented group, it’s a theatrical and musical feast, turning the original completely on its head, reinventing the classic song and truly making it their own.  The Courtesans’ cover of The Power Of Love will be available for digital download from 15th August.

The song also marks the second cover for the band after their intoxicating version of Venus In Furs which featured on their outstanding debut album 1917.

And live, they really deliver.  They ooze confidence and belief in themselves and what they are doing – and justifiably so.  Their stage presence is immense, keeping the crowd hooked.  With cross-genre influences including pop, trip-hop, metal, rock and glam rock, their music is dramatic, strong, purposeful and atmospheric – it draws you in, toys with you and leaves you wanting more and more.  Singer Sinead La Bella has a stunning and sultry vocal delivery; Saffire Sanchez is a demon on the guitar; and Agnes Jones (bass) and Victoria Brown (drums) provide a drive, vigour and purpose which underpin perfectly crafted songs, ranging from the slow and atmospheric to up-tempo and slightly aggressive.

We caught the group for a chat last time they were in Manchester – you can read our interview with them here.

The Courtesans play at The Ruby Lounge on Saturday 6th December.  This is definitely a gig to catch.