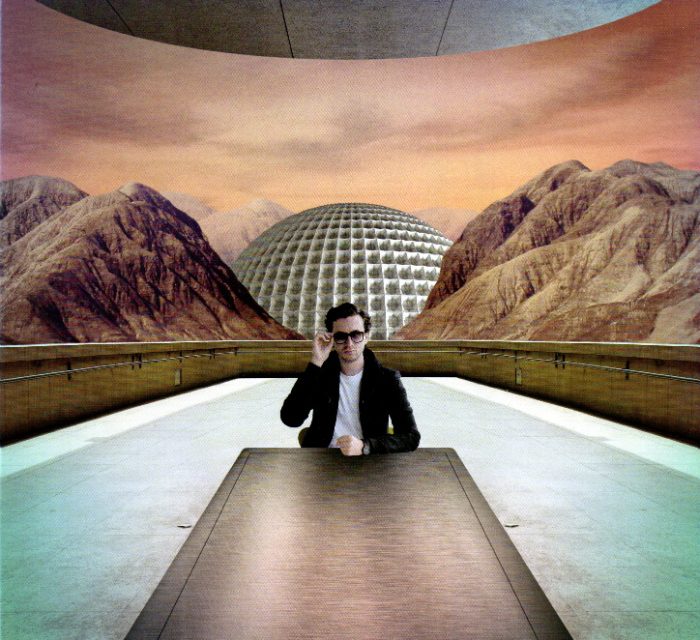 He’s recently supported Lily Allen on her tour which stopped at the Manchester Academy and released his new album, Power, a dramatic follow-up album, dubbed the soundtrack to a movie which doesn’t actually exist.  We caught up with Fryars to ask about the album, what he’s been up to and how he goes about creating the sounds which receive such critical acclaim.

Can you tell us a bit about your new album, Power?

It’s been described as the soundtrack to a movie which doesn’t exist – how did you go about the creative process for this?

I started with a 30 page script – the dialogue between the central characters – and then put music to these themes. I recorded this dialogue as spoken word, a very small segment of which can be heard on the record.

What’s the story behind the album and the tracks?

the story. a british engineer, driven on by his ambitious american wife builds a machine to power an entire country. it causes a nuclear winter and he flees to Asia, where he goes on a journey of self discovery only to return home, upon which he is executed.

There has been quite a gap since your debut album before releasing ‘Power’, what positives were you able to take out of what must have been a frustrating experience?

I suppose I managed to perfect (in my mind) a very complicated piece of work, because I had time to live with it, and adapt it over such a long period. I also got a tonne of other music done.

You seem to have had quite a ‘DIY’ approach to music in your teens, both in terms of recording it and getting it out there via MySpace, can you tell us a little bit about that?

big cliche, I wrote everything with a mouse on fruity loops, put it onto a myspace page and got people interested. It’s how things worked in 2005.

How do you find the live experience?

Often daunting. Occasionally it’s better than anything else. A little like my thoughts on flying/aeroplanes.

And what’s next for you?