Previewed: The Boxer Rebellion at Gorilla 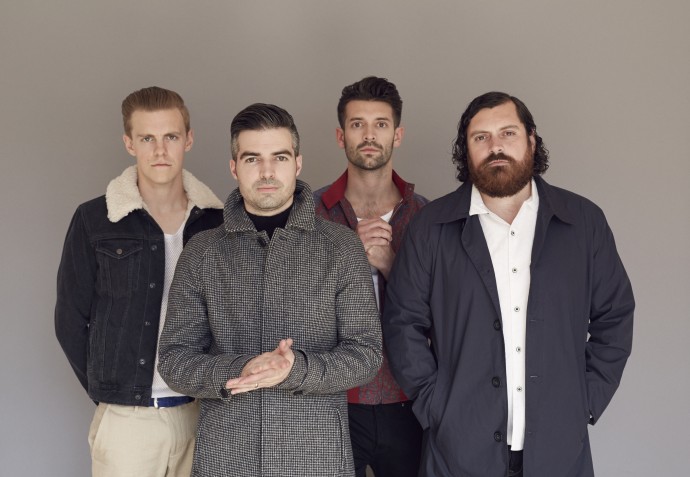 With their new 17-track live album Live At The Forum released today through Absentee Recordings, internationally acclaimed indie-rock outfit The Boxer Rebellion are set to descent on Manchester’s Gorilla on Wednesday 1st October for one of only three UK dates scheduled on their UK and European Autumn tour.

The album features tracks from all four of their studio albums, Exits, Union, The Cold Still and Promises.

The Boxer Rebellion (Nathan Nicholson, Adam Harrison, Piers Hewitt and new recruit Andrew Smith) been turning heads the world over for around a decade and made history in 2009 with their sophomore album Union becoming the first album by an unsigned band ever to break the Billboard Top 100 Albums Chart on a digital-only release, also seeing the album awarded the honour of iTunes’ Alternative Album of the Year.  Unsurprisingly, this lead to further success and The Boxer Rebellion was soon performing on The Letterman Show and seeing their music used on the soundtracks to movies including Going the Distance and television shows such as CSI New York, Nikita, Shameless and Human Target.

Fans who were at the sell-out gig earlier in the year in Manchester will know exactly what to expect.  They are a band with a stadium rock feel, an indie edge, capable of producing overwhelmingly triumphant music full of soaring highs, but also having the substance and ability to generate melancholic and broody soundscapes.  They’re a band described as able to ‘alter your life’ (according to NME – and they aren’t wrong!).  Expect to be taken on a journey of escapism, highs and lows from a band compared with the likes of Radiohead, Muse and Biffy Clyro, but in reality producing an incredible and intoxicating sound of their own.

In Review: Teleman at Gorilla