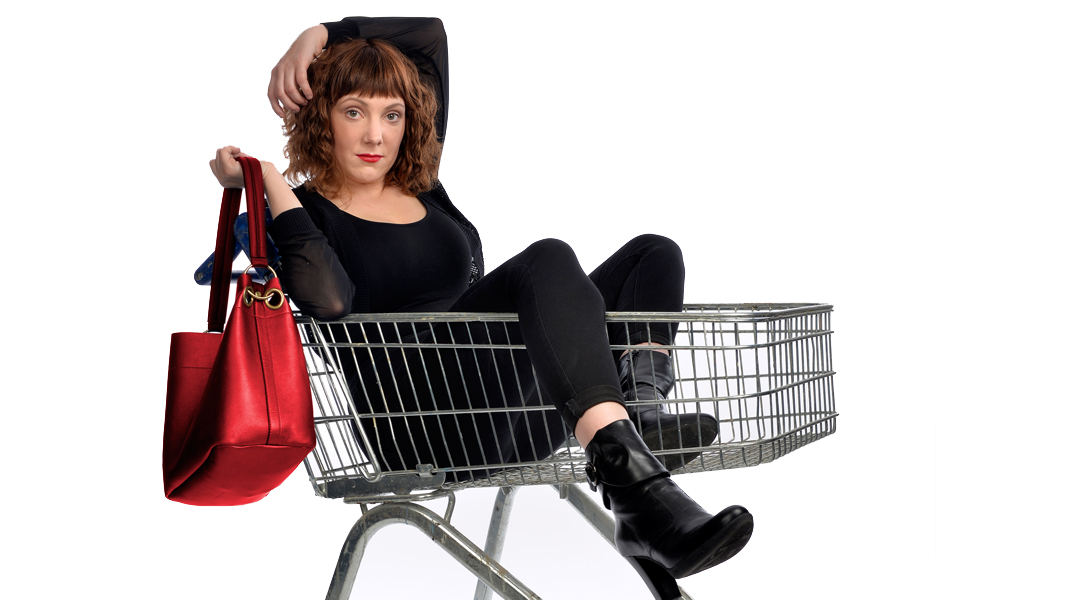 Sophie Willan returns to Contact with her second show Branded, the follow-up to last year’s acclaimed debut On Record.

On Record resulted in Sophie Willan being nominated for a Chortle Best Newcomer nomination as the show went on to complete a successful nationwide tour with sell-out shows.

It was part of a whirlwind 18 months for Sophie who was the resident comic on Up Late with Rylan; appeared on Fresh from the Fringe, Lemn Sissay’s Origin Stories and featured on Loose Ends.

What is Sophie Willan: Branded about?

Sophie has had a lifetime of being branded by others. Branded by her unusual childhood with a heroin addict mother who still can’t even boil an egg “How do you know if it’s cooked Sophie, it looks the f**king same?!”; branded by her working class background, by her gender, her fearless ambition, even branded by her unapologetic ‘Northerness’.

In Branded, Sophie explains why she feels like a well-travelled alien – fitting in with no particular class or culture but still constantly being put into boxes by others. She explains the misunderstandings she’s experienced in different environments. Sophie Willan analyses and dissects her life throughout the show, making astute and funny commentary on wider narratives such as welfare shaming on daytime TV, Feminism and who it’s really for, minimum-wage jobs and what it means to be reluctantly part of George Osborne’s Northern Powerhouse.  She shares tales from her time on the cabaret circuit, job roles, funding her own feminist theatre collective.

Sophie shares with us that she is from an aspirational working class family, who may have had their fair share of mental health problems but have certainly reaped the benefits of the controversial Blair years; her Grandmother went to University on a bursary scheme, her Grandad bought property and like most children of her generation, Sophie was told she could be a star, branded ‘Bolton’s next Marilyn Monroe’ by her gran.

Sophie Willan: Branded is supported by Contact and originally developed with funding from Arts Council England.

Where and when is Sophie Willan: Branded performed in Manchester?