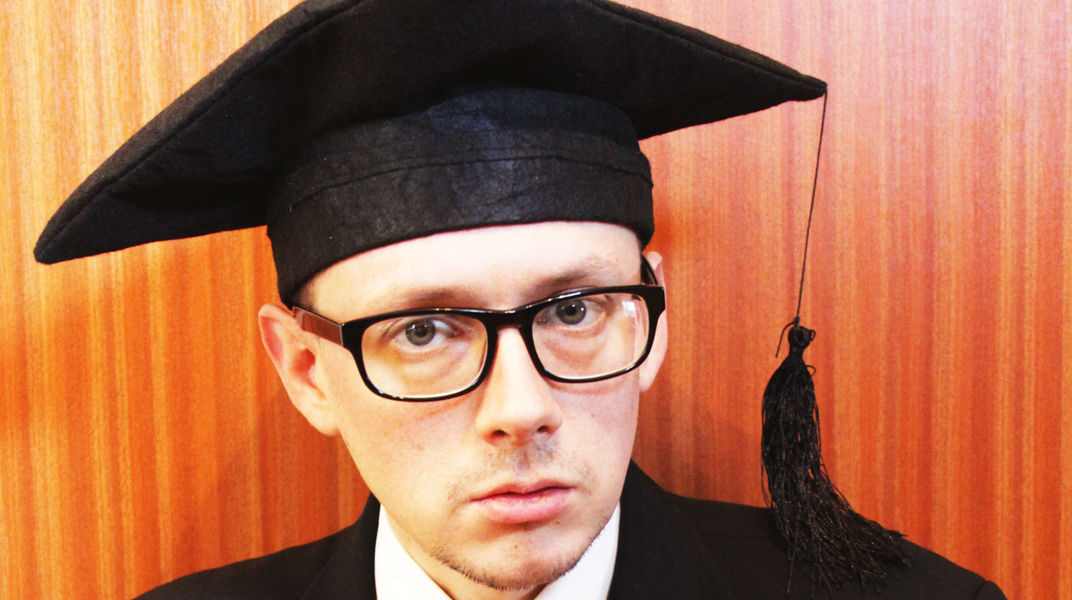 Punk poet, Thick Richard, brings his foul mouthed Swear School back to Manchester at Contact.  Originally created to present to college students, Thick Richard’s Swear School takes the taboo of adult language head on and opens audience’s mouths and minds.  Not for the faint hearted, Swear School is for over 18s only.

Commissioned by Waterside Arts Centre and Creative Industries Trafford, Swear School is a fast-paced crash course in everything you wanted to know about bad language.  In a classroom setting, it tells you everything that school wouldn’t.

The audience is asked to join a class of sinister puppets as the dyslexic Thick Richard looks at the history, definition and use of swearing in a darkly humorous, educational show.

Thick Richard, who has previously supported Kate Tempest, Arthur Smith and The Fall was also a presenter for BBC 6 Music’s Beat of the Day.  And for 16 years, he has been pedalling his potty-mouthed poems, cynicism, lyrical jet-black humour and acerbic comic attacks.

Commenting on the show, Thick Richard (aka Matthew Duffy), commented, “There’s a lot of confusion around bad language and Swear School’s here to set things straight!”

Where and when will Thick Richard’s Swear School run at Contact?

Thick Richard’s Swear School runs at Manchester’s Contact from Wednesday 3 May until Saturday 6 May.  Class is in session.