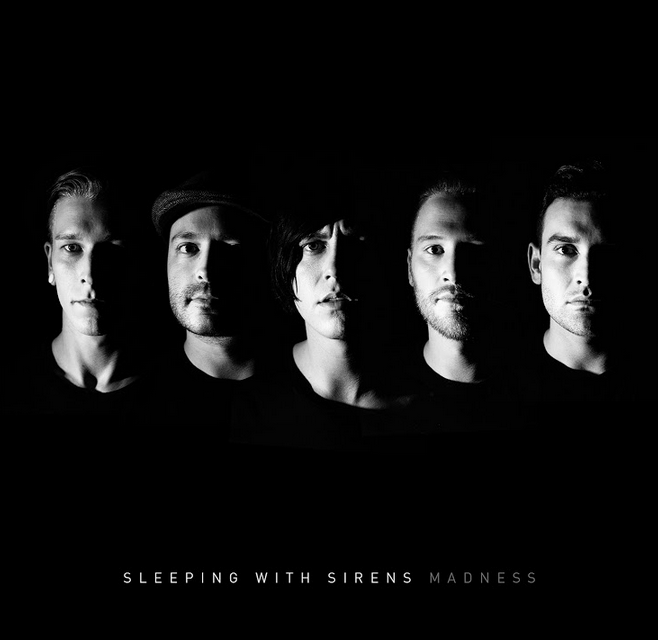 Set to perform at Manchester Academy on 2nd April, Orlando post-hardcore band Sleeping With Sirens will be releasing the fourth full-length album, Madness, just ahead of the gig on 16th March.

Produced by John Feldmann (Good Charlotte, Panic! At The Disco), Madness is the follow-up to 2013’s acclaimed Feel, which debuted at number 3 on the Billboard Top 200.  Now, Sleeping with Sirens, fronted by Kellin Quinn, return with a vibrant and unabashed collage of melodic pop-rock perfection, punk aggression and vulnerable soulfulness.  With total album sales well over 700,000, 102 million album streams, 83 million YouTube views, millions of social media followers, and consistently sold-out shows since 2012, Sleeping With Sirens show no sign of slowing down. The band is currently on the European leg of their sold-out world tour with co-headliners Pierce The Veil.

Sleeping With Sirens has been on the cover of Alternative Press magazine six times and named Artist of The Year in 2014.  Internationally, the band has graced several magazine covers including Rocksound and Kerrang!- including this current issue.  In 2014, Sleeping With Sirens performed on the main stage at the Reading and Leeds festivals in Europe.  Two April headlining dates for Sleeping With Sirens in London Brixton Academy immediately sold out when announced last year.

Sleeping With Sirens kicks off the third leg of The World Tour, their co-headlining tour with Pierce the Veil, later this month.  Over 80,000 tickets have been sold for these dates with every UK venue sold out in advance.

In Review: EofE and Glamour of the Kill at Sound Control
In Review: The Courtesans at The Ruby Lounge
In Review: Marmozets and Lonely The Brave at The Deaf Institute