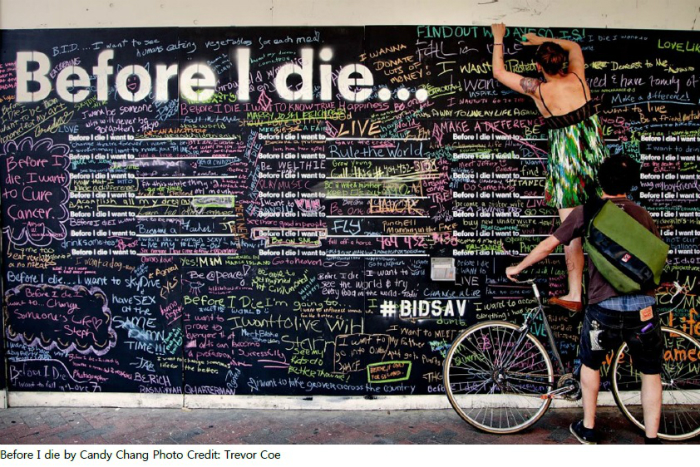 The three-week programme featuring some of the finest and most hard-hitting new theatre, dance, film and public art from around the world, alongside fascinating debates, talks and other events, takes place across the city and with venue partners The Lowry, Home, the Whitworth, Contact and STUN.

Launched in 2013 as the first festival of its kind in the UK SICK! Festival explores the most turbulent experiences of living in the world today, exploring physical, mental and social challenges of life and death. The challenges we face are sometimes rooted in bodies and minds that fail us, sometimes in the complexities of living in a troubled society with others facing their own problems. Embracing the multitude of identities, histories and social conditions that shape us, SICK! Festival asks how we are coping with the world we live in.

The highlights, of SICK! Festival 2017 include:

The UK Premiere of SICK! Festival commission Five Easy Pieces by controversial Swiss Theatre Director Milo Rau. In Five Easy Pieces, Milo Rau worked with seven children to explore the emotional and political absurdities and bottomless pits of the adult world. The piece asks how children can understand the significance of narrative, empathy, loss, subjection, old age, and the horrors sometimes inflicted on them by adults. How do we react to them acting out scenes of violence or romance? What does that say about our own fears and desires? This makes for a confrontational experience.

The SICK! Co-commission and UK Premiere of There is a Light: Brightlight by Manchester’s own Contact Young Company (UK) with performance-maker Brian Lobel, an original theatre production inspired by the findings of Brightlight, the first major study developed by young people for young people about their cancer care experiences.

The Game by THEATREclub (Ireland), exploring the act of buying sex. Devised from the testimony of women who are currently, or who have been, sex workers, The Game reveals the subculture of prostitution with its rules, its language and its power structures. The Game is also a real-life game, with levels and consequences, featuring five male volunteers. They’ve no idea what they’re about to do, they won’t be given a script. They are doing this to be part of an event – a symbolic act – that calls us all to consider, to think and to review.

Michael Essien I want to play as you…by Ahilan Ratnamohan (Belgium) is a powerful and explosive football-dance-theatre performance exploring the line between hope and desperation for young African footballers who migrate to Europe in search of a life out of poverty. In a football loving city this performance offers fans to see the behind the scenes struggles for young hopefuls as they tackle training, politics, visas and contracts.

Guide Gods, a SICK! Festival commission by Claire Cunningham (UK). Claire is disabled. Is it the will of a higher power? Is she paying for the mistakes of a past life? Is it a test for her, or a punishment for her parents? Could she, should she, be healed? Is she welcomed by all faiths or will it all prove just too inaccessible? Using dance, live music, humour and interviews with religious leaders, academics, deaf and disabled people, Claire goes on a perilous quest to explore how the major world faiths view deafness and disability in this witty and illuminating show.

Before I die is a participatory public art project taking place in locations across Greater Manchester by Candy Chang (US) that invites people to contemplate death, reflect on life, and share their personal aspirations in public. After losing someone she loved, Chang channelled her grief and depression into this project covering a crumbling house with chalkboard paint and stencilled it with the prompt, “Before I die I want to _____.” The project has now been created in over 70 countries, including Iraq, China, Brazil, Kazakhstan, and South Africa.

The full SICK! Festival programme is available at www.sickfestival.com